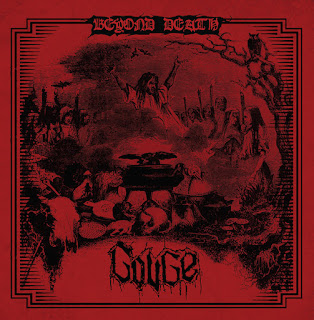 If you like old school death metal and thrash metal this one is not to be missed. Gouge is a Norwegian band playing some thrash / death that sounds like when thrash was turning into death metal. So it's between early death metal (like stuff from Paul Speckman for exemple) and early Slayer (Reign in Blood) or even early Sepultura as well. Fast, raw, death metal vocals, some blast beats and an aggressive thrash metal vibe. All that makes their album, Beyond Death, released last year on Hells Headbanger, a very enjoyable album, especially if you're fond of the early extreme metal era it evokes (I am!).