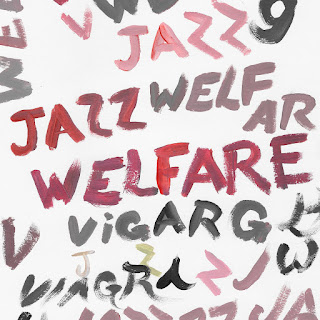 Viagra Boys already were more than just another post-punk band (and not just because of the smart use of the saxophone), but with their second album Welfare Jazz they're making one step further in creating a style of their own. At the same time more unique and more universal and rooted in traditions since they're getting more bluesy / soulful. Their post-punk is now clearly more Gun Club than Joy Division, reminding also Nick Cave's Abattoir Blues or Mark Lanegan or Tom Waits music, but why not also David Bowie on one hand, and Brainbombs on the other? The album start with "Ain't Nice" that reminds the best of what they did before, but the rest is more like a further exploration of what they first tried with "Just like you" in the first album. But anyway so far they succeed brilliantly whatever direction they take... Welfare Jazz is a flawless album filled with very enjoyable, memorable and interesting songs. I already guarantee we'll see this one pop up in many "best of 2021" lists in the end of the year, and totally deservedly. Warmly recommended!