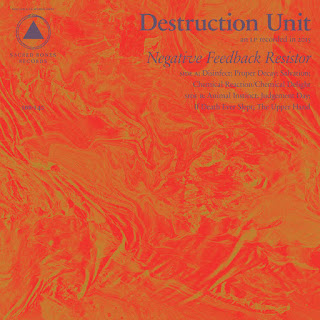 This one is rawer and wilder than most stuff released by Sacred bone records. This new album from Destruction unit, called Negative feedback resistor sounds a bit like Black flag drenched in feedback, played with a loose feel reminding The Stooges, and with some post-punk and psychedelia bringing a bit of melodies and eeriness. This is punk fighting with noise rock and following some dark acid trip to hell. Obviously this is really good, evoking the fell of freedom and danger rock'n'roll should always have.