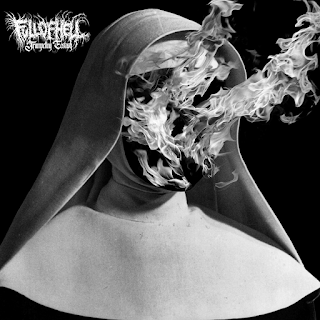 Trumpeting Ecstasy (their new album released by Profound Lore records) is Full of Hell most convincing stuff. Or maybe it's because I love grind and that on this album there's less "blackened" hardcore and sludge and more death-grind, there's a lot of very good death-grind in it. Still a slight bit of noise elements, mostly on a track with female vocals. They still like having some diversity in their music and that's a good thing. A heavier and more straight forward and extreme album but also maybe more personnal, farther than their previous ones to generic blackened metal hardcore. This time I'm not thinking "they're ok, but...", this time I'm won, Trumpeting Ecstasy is indeed a really intense, interesting and enjoyable album. Really good stuff!