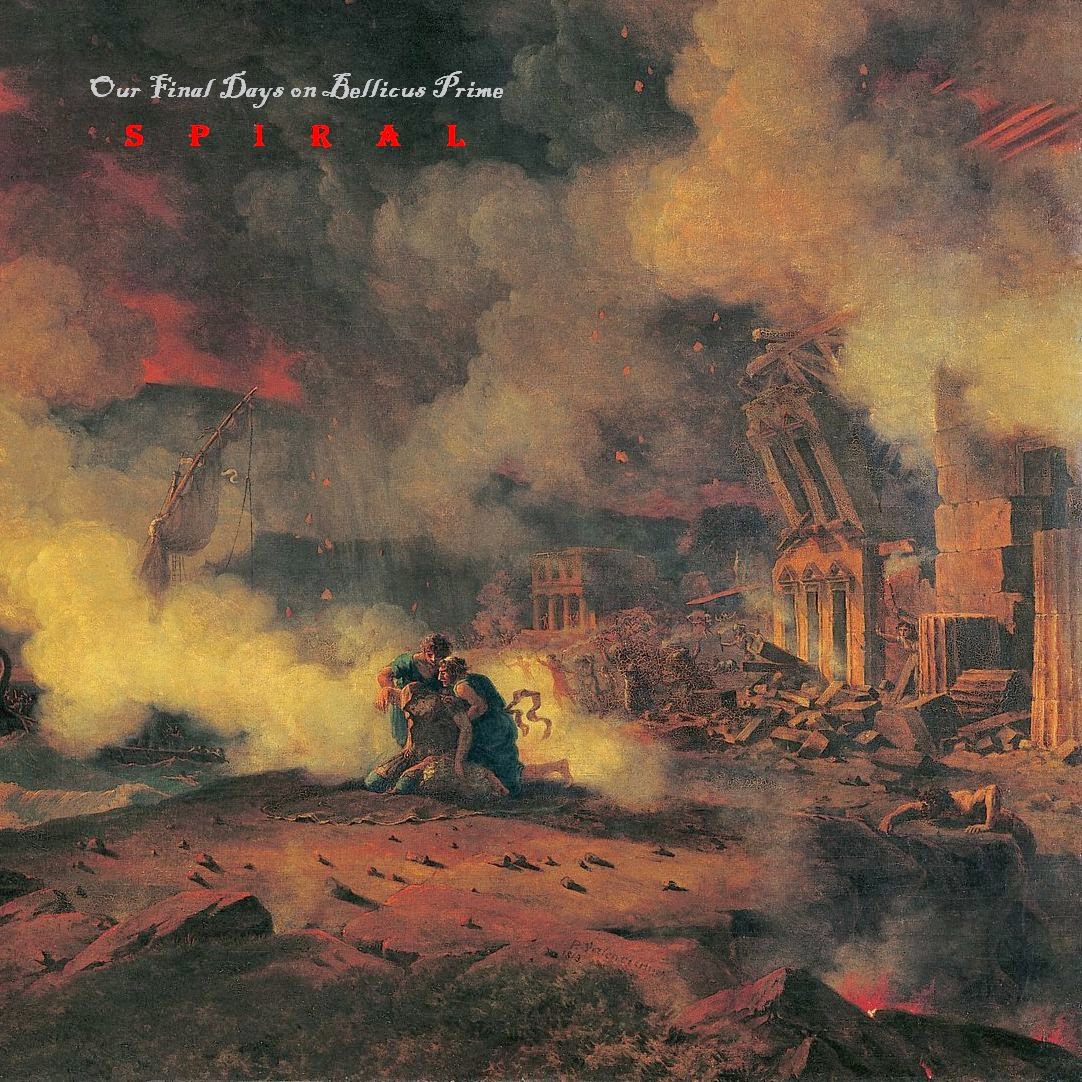 Spiral is not an easy band to describe. their songwriting is definitely progressive, but don't really fit with he sound you would associate with progressive rock or progressive metal neither. maybe we could say they're somewhere between Pink floyd and Oranssi pazuzu. anyway they're great and their new album Our final days on Bellicus prime is brilliant and very addictive stuff. they had in mind to do a double concept album (they use to release concept albums) but instead they kept only the very best material they had gathered. and indeed everything in the album is very good, from the more quiet parts with keyboards and violin to the metal riffing with distorted screamed vocals parts. whatever they do it sounds good, and often comes as a surprise. highly inspired songwriting combined with a flawless execution (including some very nice guitar soloing, and good vocal lines even though it's mostly instrumental).

highly recommened! one of my favourite discovery in 2014.