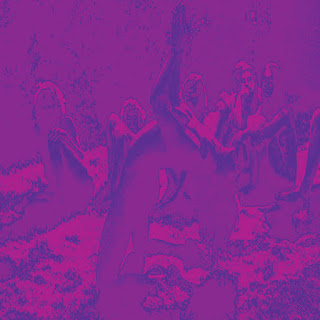 Bardo Pond has now more than fifteen years and more than ten albums behind them, and they explored a wide variety of rock / psychedelic kind of music, from doom to grunge to noise to space rock. Acid Guru Pond as its title suggest is clearly a more psychedelic / space rock oriented album. Trippy guitars a bit of female vocals, slow paced drumming, flute, something that is probably a trumpet, a touch of noise / drone elements  orchestrated in five long tracks with the sophistication the band is used to. Sounds a bit like music from Mike Vest (yes this is really trippy / stoned stuff!), but with the typical Bardo Pound elements and style. The slow and repetitive elements is combined with a diversity of sound and a songwriting that gives each song it's own flavour (or colours since each song has the name of a colour). Quality stuff as usual from Bardo Pond.