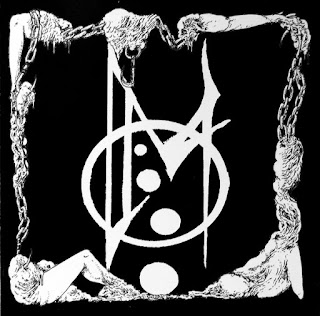 Despairs Dephts Descended is the second of the two albums Arizmenda (a band belonging to the Black Twilight Circle) released last year. Beneath this Reality of Flesh is also really good and similar to Despaires Dephts Descended, so this review could be read as a review of both albums. LIke other band from the BTC Arizmenda is not about following some rigid "true black metal" formula, they're about to breath some new life into black metal. The specificity of their black metal takes mostly the form of darkly psychedelic guitar riffing and leads. The vocals, more mournfull / ritualistic than overtly aggressive or hatefull is also different from usual black metal and reinforces the eerie feel of their music. They keep the usual lo-fi standard for their sound and it helps making the songs sound like the soundtrack to some nightmares or terrific bad trips. Original and really good stuff.