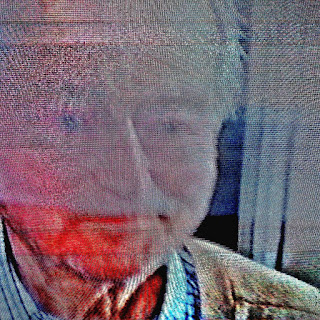 The mighty Gowl are back with an awesome cassette called On our Feet or on our Knees. Their noisegrind is maybe less chaotic than it had been but it gained in heavy crawling groove and the songwriting still escapes the usual clichés. They managed again to make one of the best grind release of the year (2017 this time). And don't miss the track in the middle with the spooky horror movie style synths/sample part, it's usually boring but they succeeded in making it a highlight of the album (although there's no weak part it's all killer from beginning to end).
Awesome stuff even if you're not a grind maniac (well, I suppose, I'm a grind maniac myself!).