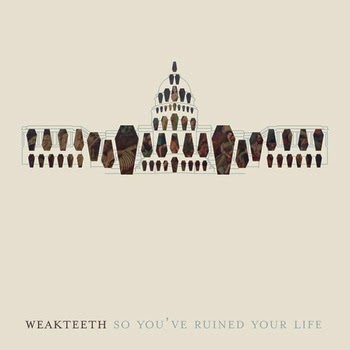 So you've ruined your life is Weak teeth second album, three years after "What a plague you are" (HERE's my review, with an interview with the band we did in 2012) and four years after their exceptionnal demo. It's not better than their previous releases but it's still really good anyway. On this new album they offer the same mix of punk rock with an emo feel and some hardcore aggressivity. Fast songs (but a few are longer than 3 minutes) full of intensity, with great vocals and lyrics. they also tried a bit of experiment with a good instrumental noise rock track near the end of the album.