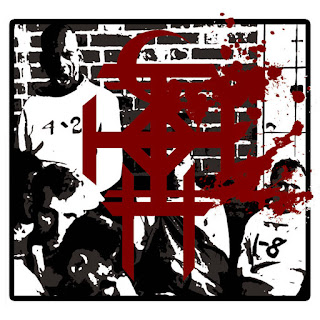 Corrections house is what we could call a "supergroup" with Mike IX Williams, Scott Kelly, Sanford Parker, and Bruce Lamont. Their first album (Last city zero) was far better than most "supergroup" album, but with this second one they also prove that the project was not just a one shot and also offer something sounding more cohesive (maybe some would miss the diversity of the first album). You'll find the same elements on Know how to carry a whip, but with a different dosage. This second album is more industrial, really based on Sanford Parker beats and noisescapes, with just one accoustic part, the song in the middle of the album. But the diversity of the vocals, Mike Williams spoken words and screams and Scott Kelly vocals, the saxophone parts done by Bruce Lamont ensure the album escapes monotony and is offering a unique musical mix. It's more industrial but also more direct (but still with quite a lot of subtelties) and aggressive. I don't know which album i prefer but I know I like being able now to listen to two Corrections house albums that displays different sides of the band, or a different mix / dosage of composing elements. With this new album they are without a doubt confirming their excellency.