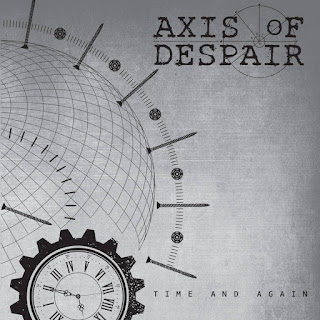 Axis of despair is a new grind band with Anders Jacobson (ex-Nasum). Their first release, The Time and again EP was released this year via Selfmadegod records. This is quality grind, more rooted int he old school than Nasum was, but with also a modern side to it (but it's more with the production than something else). 6 songs for around ten minutes of music. Not one sided grind because you'll find some variety int he different songs. short ragers, longer ones with more "melodies". good vocal lines.
I hope we'll soon get an album from axis of despair.