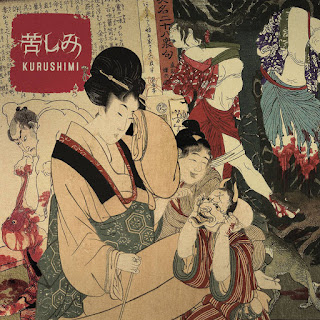 Kurushimi is an australian band, like Art as Catharsis, the label releasing their first self-titled album. What they do is really special blending grindcore, free jazz and some dub elements (the use of reverb and some more ambient parts). That mix of course reminds John Zorn's Naked city and Painkiller and the fact that it's partly improvised, with musicians playing under the direction of conductors, is also probably Zorn influenced. But even if the influence is obvious they don't sound like a tribute band, there's a different songwriting approach and also there's two saxophone players (alto, tenor and baritone), bass guitar, guitar, and a bit of flute and turntable, and no screaming. It really makes an interesting and enjoyable listen.