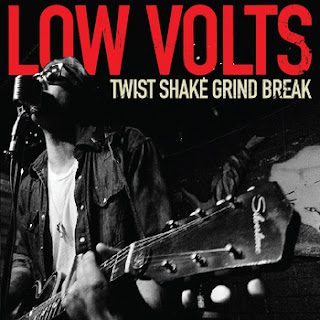 This record aptly called "Twist shake grind break" smells sweat and booze. Released in my 201 it is the debut record of Low volts is a one man band from San Diego playing slide guitar, a kickdrum and singing. The music he plays is bluesy garage rock stripped of any artifice, carrying the true spirit of good ol'dirty rock'nroll. Could make a good soundtrack for dwelling in old boogie bars lost in any swamp or desert (with the cool western feeling of "huntin" feedin' drinkin'").

nothing new under the moon but a cool record filled with good rocking vibrations.

You can listen to it on its BC Page.