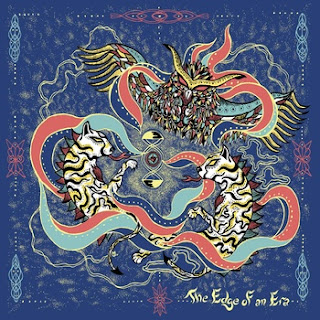 Blaack heat shujaa is a french band now based in California. they recorded their second album called The edge of an era with Scott Reeder and released it through Tee pee records. good references then. does the music lives up to that? yes it sure does! with its trippy psychedelic elements their desert rock / stoner has extra flavours and colours that makes it more interesing than usual stoner rock. their songs develop some trippy, hypnotic melodies and grooves more than standard stoner rocking. and they do it with personnality and taste. just look at the cool cover artwork it represent well the kind of vibe they build.  recommended if you like the more psychedelic side of rock.