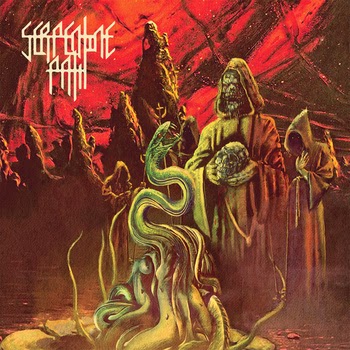 I really liked Serpentine path's (a band with Ryan Lipinsky and Tim Bagshaw)  first album released in 2012 (read my review HERE) but I think I like the new one, Emanations, even more. they kept the crushingly heavy death-doom elements and the sinister mood but added more creepy weirdness with more guitar leads and melodies. probably this has something to do with the addition of a second guitarist (Stephen Flam who played in Winter, so now it looks like an all-star band even more, but it's far from their main argument, just listen to it and you'll realise it quickly). so Emanations is a good move forward from an already very good band. recommended!