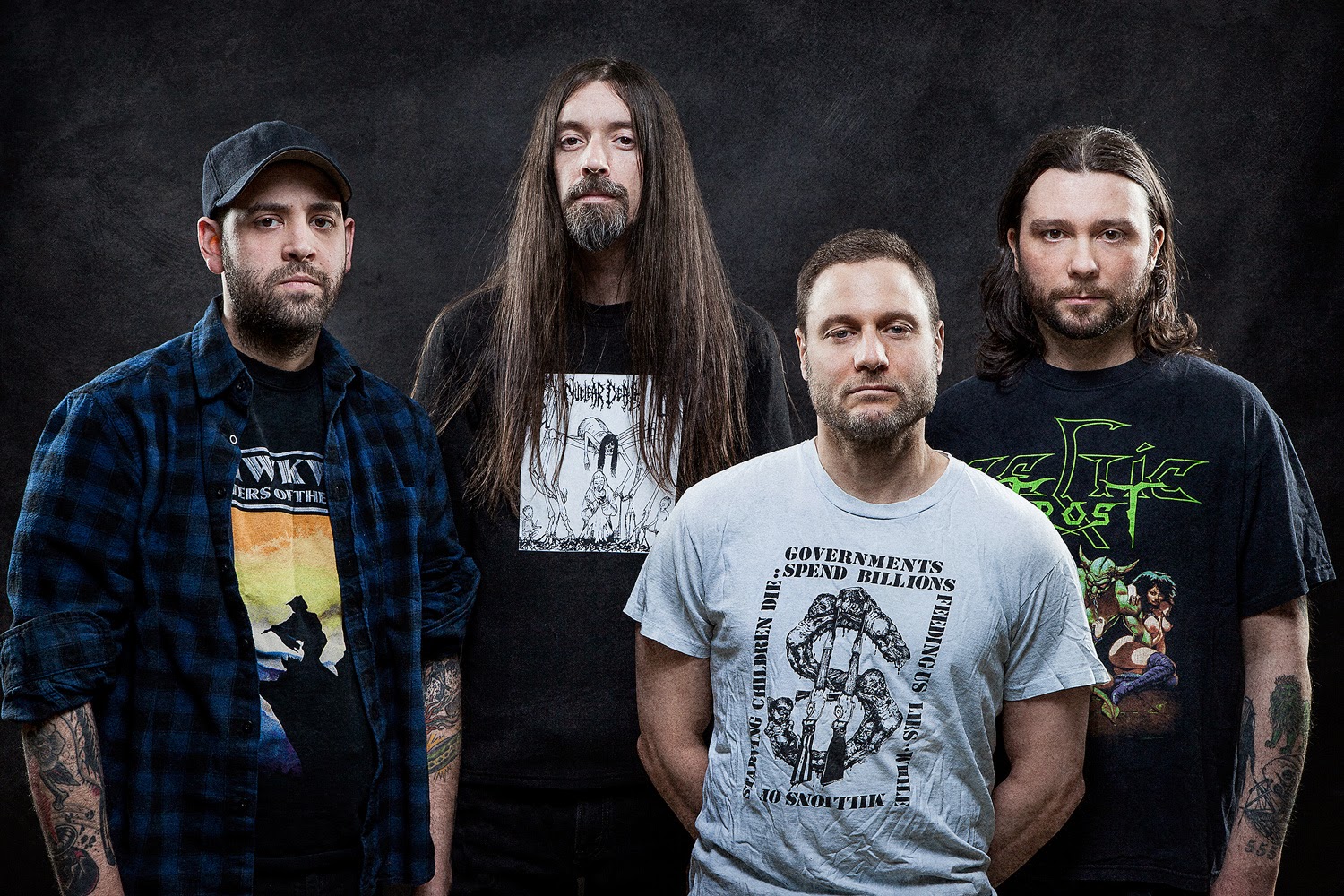 while Serpentine path's new album Emanations (read my review HERE)  is released (today!), Ryan Lipinsky their singer (who used to be in Unearthly trance before they disbanded) answered by mail to my questions about his band and the new album :

-Emanations is your second album, but to start with can you go back to the formation of the band and to its first album, what about it?

Ryan Lipynsky: The band was formed when Tim Bagshaw moved to the US to live in New Jersey. When he first came here we all agreed that it would be interesting if we could get together and have a jam. Our previous band, Unearthly Trance, was still operational and we wanted to do a side project for fun. Tim is someone we have been friends with well over a decade. We first met him on the Unearthly Trance/Electric Wizard/ Sons of Otis US tour in 2002. Over the years we also did several European tours with Tim’s band Ramesses which he played guitar in. Basically, once we had that initial jam it was clear that we could turn this into a really solid and substantial band. So we first recorded a 7” EP for Parasitic Records and after that came the first album on Relapse. Since we [Me, Jay and Darren] had a working relationship with Relapse through the 3 Unearthly Trance records, we simply asked if they were interested in doing something with SP and they immediately said yes!

-I think, the major change with Emanations is the additions of the second guitarist, what about the arrival of Stefan Flam in the band and its effect on the music?

Stephen brought his experience and strong sonic abilities. Right away his guitar sound perfectly meshed with Tim’s approach. The two guitar assault made the band even more heavier and perfectly executed our idea of being oppressive to the point of excess. He has great ideas and brought he point of view to the jam room. He also contributed a song to the album in the form of “Systematic Extinction”.

-how would you describe your music? do you think we could say there's an old school death metal influence in addition of the obvious doom elements?

Yes. Doom Metal with a touch of Sludge and Death Metal. There are a few blackened influences with the vocals I think. But for the most part you are very much right. The old filthy spirit of organic death metal mixed with slow crushing metal of doom.

-what is the writing process for Serpentine path?

Usually Tim will write at home and put together a demo of a song idea with his drum machine a and guitars. Then he will send us songs and we usually pick which ones we like the best and then work on them in the jam room. From there we might tweak the structure, repetition amount, tempo, beats etc but for the most part Tim is the main writer of music in this band. We all work very well with him and trust his ability and talent. He always has new ideas and never has a shortage of new songs!

I write all the words to the songs and usually create the lyrics as a reaction or compliment to the already completed song. Ill take practice recordings or demos and absorb the vibe that the riffs are emitting. I want to make sure the words fit perfectly with the audio. That is why the lyrics are so doomed and grim! ha

We are not much of live band. To date we have only played once live and only have plans to play one more shows. So to see Serpentine Path is a very rare occasion. But we aim to transmit loud volumes, bone rattling low frequencies, pounding war drums and scathing vocals.

-everyone in the band played in influential bands, but which bands influenced you, for the music or other things?

-which new (or not so new) bands from New York would you recomend?

Hmm. None that come to mind. I’m a bit out of touch. Only bands I know about are my friends bands like Tombs, Syphilitic Lust, Forced, The Communion, Concrete Cross, Mountain God, Grey Skies Fallen and Nightbreak.

I think in recent years bands have become more DIY and I think its a great thing. Most underground bands can put our recordings on their own [via bandcamp] and it is increasingly becoming the norm. I think that its a great thing that if you have something you want to release and no label, then do it your self. I see that increasingly as the eventual model for the future of the underground.  On the down side I do think touring will become harder and harder as all the competition out there makes people choose between which shows they actually go to.Also making money on the road is always a gamble and if things like the prices of gas go up or air travel etc… This might make it hard for a small band to get on the road or tour overseas. But I could also be totally wrong about that haha

-What is planned for Serpentine path in the coming months? do you already have ideas or songs for the next album?

Tim said he has some songs written but right now we are just focusing on the release of “Emanations”. You never know what the future holds!

Thanks to all of the Serpentine Path supporters around the world! We salute you.