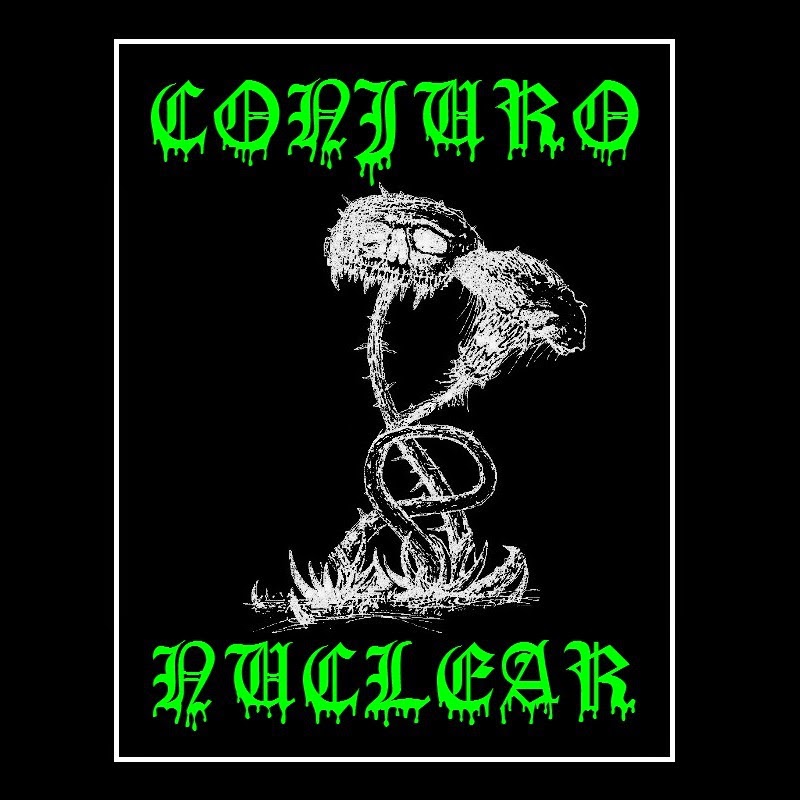 Conjuro nuclear is a spanish one man band and it's music could be described as a mix of new-wave, black metal and D-beat. it evokes Joy division (the sound and the basslines), Emperor's Nightside eclipse era (the synth parts, the black metal vocals and the obscure epic feel) and Discharge (remember "D-beat" is for "Discharge beat"). but the most striking is not the influences it's that this mix is quite original and that it's really well done and fresh sounding in Conjuro nuclear. this black metal / post-punk crossover reminds a bit Circle of Ourorborus but Conjuro nuclear is way more punk and direct so it's really a different thing. their new self titled cassette is their second full-lenght album and it's a really enjoyable and exiting one.