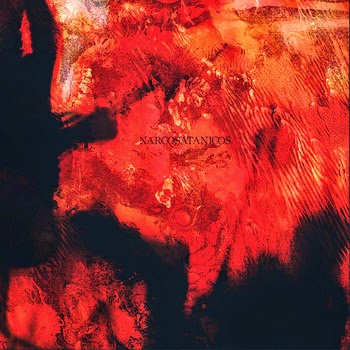 Narcosatanicos is a new band from Denmark and they released their first self titled LP in spring. what they play is quite unique, having a noise rock (especially bass heavy) base but with a saxophone adding a twisted psychedelic flavour, the overall having also a kind of proto-punk (think Funhouse era Stooges) vibe. it's rocking, dark and trippy. mostly instumental but with some punk / post-punk vocals. the good suicide cover (ghost rider) fits well in the album.
they found a very potent combination of punk energy and psychedelia growing throughout the album and culminating in a memorable apocalyptic ending.