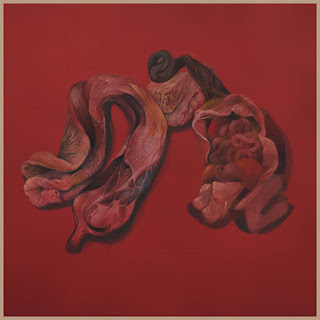 Two years after their excellent self-titled debut (read my review HERE) I'm really pleased to hear Narcosatanicos again on their new album called Body Cults. Sounds to me that heir sound and songwriting style evolved a bit, the loose noise psychedelic feel is less overwhelming and I'd say they gained in focus and heaviness wih also more melodies pushed forward, especially sax melodies that reminds at times King Crimson. Their noise rock less drowned into sludge proto-punk noise chaos and reaching more prog / doom territories. But in fact it's more a slight evolution than a radical change and if you liked the first album you will probably like this one as well. A slightly different beast but they kept the originality and quality on the same high. This time again they produced one of the most interesting album of the year. Highly recommended!