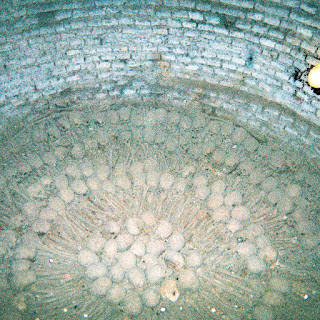 Sommer is the new solo project of Adam Sommer after ending Charnel house. On waking and dreaming is his first solo album (released on his label Sygil records).  It sounds partly like a continuation of Charnel house, with some black metal influences in the dark atmosphere and some guitar parts. The ritualistic ambient element and mysterious feel is also still there. But very few metal drumming this time (more minimalistic drumming with a bit of repetitive / krautrock element), and more rays of light piercing through the dark feel. And no more female vocals exept when Charnel house singer Liv Mershon sings as a guest in "Wake state". Adam Sommer is doing the vocals, clean vocals, quiet and discreet, a bit like whispered incantations. What else do we have? a noise / drone element a bit like in Earth or maybe Arbouretum. And like in Earth there's in this album a great ability to blur the line between dark and light. We also have great guitar work, drones and some quiet, beautifull but sometimes slightly disturbing guitar melodies. we can even find a kind of "noisy blues", like in the excellent guitar parts of "celebration". There's a general feel running through the album and giving it its unity, but with many different shades and subtilities, and each song has it's specificity and distinguish itself. The black meets kraut thing, as well as the somewhat mystical feel, could remind Aluk todolo (we could say it's somewhere between Aluk todolo and Earth). We could try to describe the album as some "droning black kraut music".
But describing it is not the point anyway, just listen to it, it's some very well crafted, creative and interesting music.