Subrosa-No help for the mighty one 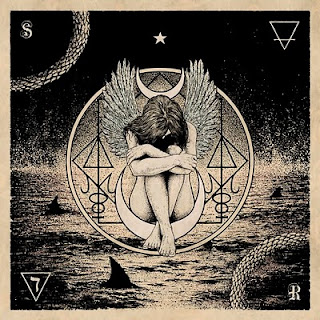 No help for the mighty one is the third record by Subrosa (from Salt Lake City, Utah) but it was for me (and for many people I guess) one of the best discoveries in 2011. Really a great record, it's not easy to combine heavy and dark doom with the melodies of two violins in addition of two guitars, but they succeed brilliantly in doing it. The femeale vocals, melodic or more raw are also really good. Usually metal + violons + femeale vocals is not an equation that I like, but I'm really happy to have given them a chance, because it's one of my favourite record for 2011. The songs, lasting between 5 to more than 10 min, are really well crafted, carrying a lot of emotion, having a lot of epic moments and developing a kind of haunted americana atmosphere (the lyrics being inspired by The road by Cormac Mc Carthy. ). they even suceed in covering (a capella!) a country standard (house carpenter). No surprise that the record was released by the really good Profound lore records.


Rebecca Vernon, who plays guitars and sings in Subrosa, kindly answered to a few questions I sent her by mail. Read it below :

-for those not knowing you yet can you present Subrosa ?

I had the idea to start a band for four years before beginning Subrosa. I knew the overall vibe I wanted the band to have, but I was kind of anxious about it, too. I avoided it for a long time, and joined other bands as a drummer and put it off. I don't really know why I was so afraid. I probably lost a good three years that way.
Anyway, when I started it, my good friend Sarah was learning electric violin and wanted to play with me. At first I didn't know how electrical violin would work with heavy sludge, but it has turned into the best accidental union.
From there, we started like any band, gathering members together, playing shows, releasing albums. Our big step forward was getting Strega released on I Hate Records in 2008. Another highlight was touring Europe in 2009. That was an incredible, fun time.
-I read that at a time you tried to be the heaviest band of your area, I think it’s really more interesting to be a band, still really heavy but also original and with great epic and atmospheric qualities, as Subrosa is now, how would you describe the musical evolution of the band?
The basic idea was to start a band with heavy, distinctive riffs, and punk-like confrontational vocals. EyeHateGod was the first band I heard that came even close to what I had in mind, I mean, besides Utah band the Red Bennies, who is Subrosa's biggest influence.
Then Sarah added her violin, bringing a haunting, emotional quality to the music that was not part of my initial vision.
On each album, I feel like there are at least one or two songs that give a hint of where the band is going to go next. On The Worm has Turned, it was obviously "The Hours I Keep" and "How to Neglect Your Heart," because we redid those for Strega. On Strega, it was "Cradles" and "Sugar Creek." On NHFTMO, it is "Stonecarver." Because for the listener, you are hearing all 10 songs together, but those songs were written over the course of a couple years and represent a gradual evolution.
-how would you describe your live shows, what do you try to transmit to the listeners?
Our live shows have been something we're really aiming to elaborate on. We want the audience to not only hear the music in a richer way than the album, but we want to get a visual idea across that backs up the darkness of the music.
-you released No help for the mighty one more than one year ago now, how do you see the record now, any regret about something?
Not really, although there was this harmony part I wanted to put in "The Inheritance," and we simply ran out of time. I also wish we'd turned up the violin plucking in "The Inheritance" just a little bit. I didn't really notice that until after it was done being mastered.
-You seems to draw from many different musical styles, which kind of music do you listen to the most?
I listen to heavy music the most. Everything from metal, to sludge, to doom and rock and hardcore. Sarah also listens to a great deal of metal; avant garde metal, esoteric experimental stuff, etc. Kim listens to heavy music, too, but we all have pretty wide musical taste; we also listen to dance music, 80s pop, goth, grunge, chamber music, the blues. Zach and Dave, on NHFTMO, also listen to a ton of heavy music.

-how the songs are composed?

With NHFTMO, I usually brought a riff to the table, or a verse/chorus idea and bridge. Sometimes it would be structured already when I presented it, and sometimes the rest of the band would help structure the riffs. Then everyone added their parts over it, and I would add my vocal melody and lyrics somewhere near the end of this process.
-have you started writing the new album? how will it sound?
We have started writing the new album, slowly but surely. It will be more rich, lush, and possibly have more layered melodies as NHFTMO, but we aim to make it as heavy as ever.
-how did you get to sign for a record with Profound lore records? Will they release the next one? Do you think it helps you a lot to work with a label?
I kept in touch with Chris after I Hate Records signed Strega. PL was interested in releasing the next album. At the time, I thought we'd probably stay with I Hate and maybe do a North American/European partner release between the two labels or something, but then Ola Blomkvist, who was responsible for signing us, left I Hate Records and we were without a home.
Profound Lore has offered to release the next one when we're ready. :)
I do really enjoy working with underground labels. I don't know how I would feel working with a very big label. I would only work with a label I trusted, and whose musical taste I respected.
-last record lyrics were inspired by Cormac Mc Carthy, what about the lyrics for the next record? One subject you want to deal with especially?
Oh, I already have an armada of things I have planned to sing about. I've been hording ideas like jars of Jiffy after an EMP. But one subject I want to deal with specifically is about something my friend from India was telling me about ... there's this face cream in India called "Fair & Lovely," that tons of Indian women use on their face to lighten their skin. Social status and even marriages are founded on how fair your complexion is. Boy, do I have a lot of scathing things to say about that. Plenty of things to say about our twisted Western ideas of beauty, and how they are hopelessly flawed and damaging and disgusting.
-I really like your cover of House carpenter, tell us more about it, where did you get the idea? Are most people also liking it?
Sarah and I got the idea of covering "House Carpenter" after seeing a performance of it on the DVD, "The Harry Smith Project Live," based on The Anthology of American Folk Music. Famous musicians  cover old American folk tunes on the DVD. Elvis Costello, Beck and Nick Cave are on there. It's sooo good. Anyway, "House Carpenter" was covered on that DVD and we both instantly fell in love with it and thought about how we wanted to cover it one day, too. And so we did.
-what is planned for Subrosa in 2012?
We have talked about doing a tour, but we'll see. We are definitely going to work on writing our next album, which we've already started.
-something to add?
Our next show is June 21 at Crucial Fest in downtown Salt Lake City at Burt's, with Witch Mountain and Lord Dying from Portland, so if you haven't seen us before and you don't live in Utah, time to buy a plane ticket. 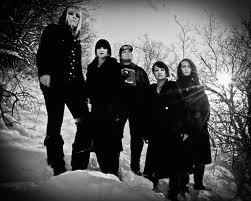