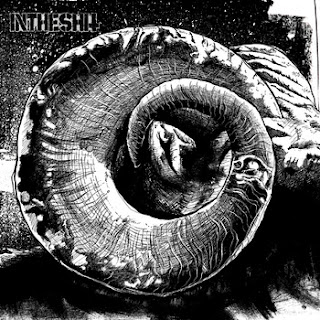 They are from Boston and they play grindcore. Intheshit had already released demos (2009-2010) and an EP "king of the grindcore jungle" (2011), which are really good. They now are back with a cool album called This failed jokes over. it's somewhat different from what they did, seems to me that they slowed down a bit (they kept many fast parts and still are grindcore) and added a heavy dirty sludge touch, the results sounding a bit like a clash between Crowbar and grind. Too me it's a good move cause they gained in groove what they may have lost in speed and they now are doing something more different from other grind bands. The vocals also are special, most of it is semi spoken and understandable, reminding a bit Henry Rollins. to sum it up Intheshit offer with "this failed jokes over" a special and really strong record. recommended!

check it on their Bandcamp