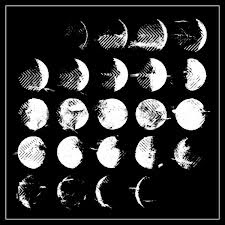 I use to post about less known bands than Converge. is there any use to post about their last records All we love we leave behind? yes maybe because I think it can appeal to more people than just the (many) Converge fans. I like and listen to them since a few years now but without being a huge fan. I have to say that All we love we leave behind is better than I expected, I wasn't completely convinced at the first listen, but after listening to it a few times I really like it. they managed to keep their trademark frenetic delivery, to be still grounded in hardcore (the drumming and the vocals especially) and at the same times are doing something different. what set it apart from other good hardcore bands is the guitar parts. It's maybe a bit more melodic than in their other records, and often goes into nearly stoner domain, and also in noise rock territory, while going deeper into their own Converge style. diversity, fast hardcore songs alterning with more melodic or noisy songs, catchy riffing,  intense vocals, many things gather to makes All we love behind more than another Converge record.