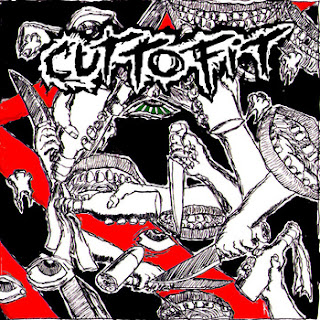 Cut to fit, that's we all are in a way, and it's also a really cool finnish grindcore band (and the name of a Nasum song). they formed in 2008 but I discovered them with their 2012 album called Havoc supreme (they also released recently a split with Nistikko). everything on this record, from the screams to the drum sound and the riffs has GRINDCORE stamped on it and that's fine with me 'cause I sure bloody love grindcore. it's very typical grind, say something in between old Napalm death stuff and a cool grind band of the 90' from Czech republic (or any more recent but not really recent grind band). well you know it's really cool and enjoyable grind, that's all but that's already a lot!!