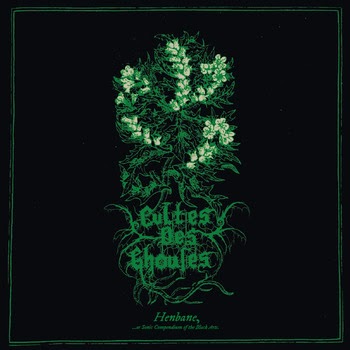 Henbane, the second album by the polish Cultes des ghoules was one of the best black metal album released last year (it's on one of my "best of the year" list, see HERE). it managed to capture the fascinating atmosphere of early black metal. it reminds especially Mayhem's De mysteriis (the vocals and the overall atmosphere) with a touch of the epic vibe and medieval feel that you could find in early Emperor (In the nightshade eclipse for exemple). five raw and primitive, but long and complex song of the darkest black metal in its purest form. sounding looser and more spontaneous it brings back the wild "evil" feel that is the root of black metal. the past is alive!


stream it on Bandcamp