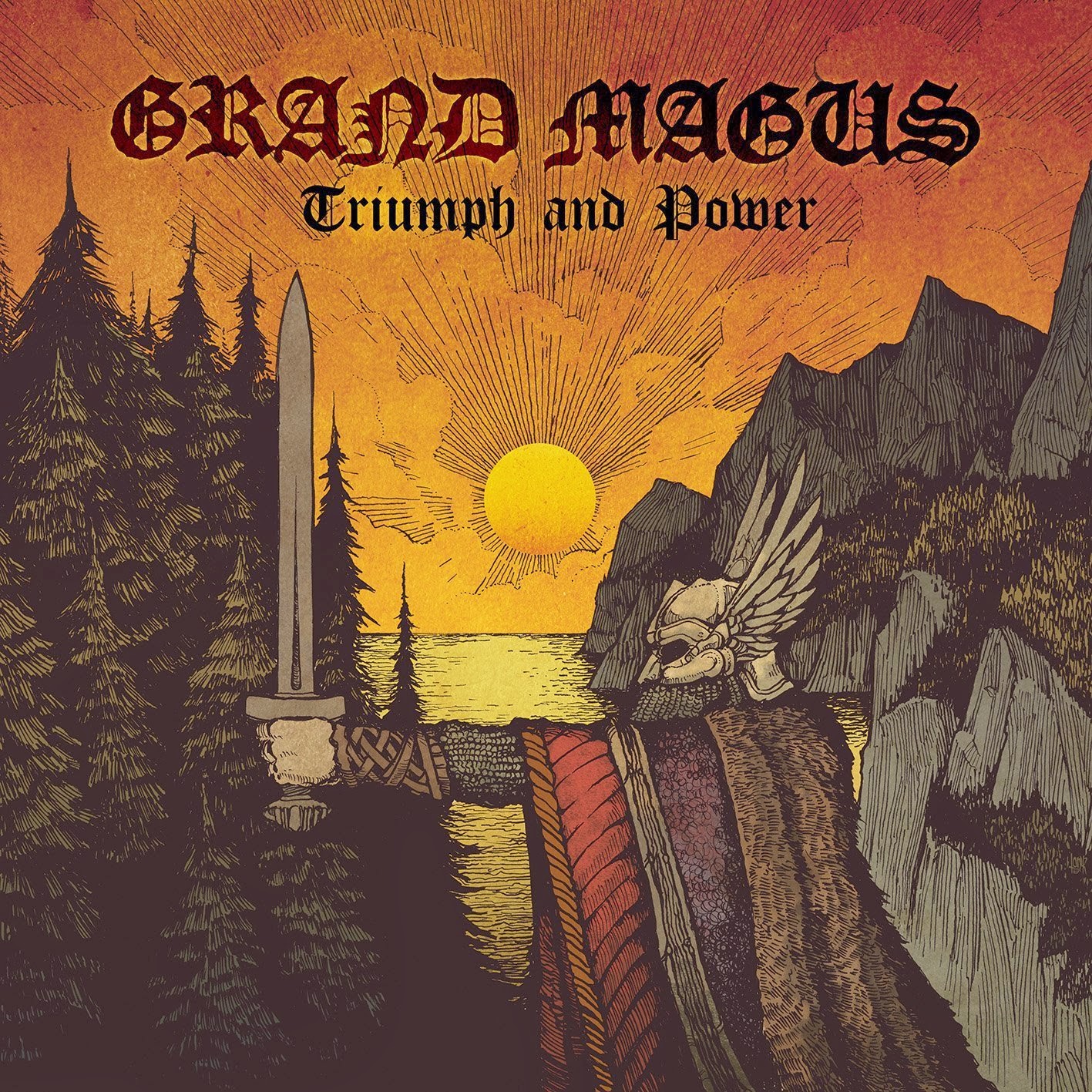 Grand magus is probably my favourite 21th century (but traditionnal) heavy metal band and their previous album, The hunt, was my favourite among their faultless discography. that been say no need to say that I had big expectations for the nex one, Triumph and power. but since The hunt was so good that I prepared myself for something excellent but not as good (see HERE the review & interview I did after its release). even the best bands are not able to better every time. but I have to say that Triumph and power is really another impressive "tour de force". it's good ol' heavy metal anthem after heavy metal anthem, and each one is outstanding, instant classics. first song is a classic heavy metal anthem, second song is another clasic heavy metal anthem, ans so is the third one, and the fourth, etc,. start to get the idea?  amazing band, amazing album again. it's also a great album because it's not just a collection of heavy metal classic, there is also some diversity, exept two instrumental interludes it's heavy metal anthems but it's not the same forumla every time, there's some diversity in the rythms, mostly mid tempo, but also faster or slower songs. diversity also in the choruses, in the arrangements, etc,. not just amazing songs but also a great album when you put all the songs together. as JB (and Rob Halford!) say "Heavy metal is the law" and Grand magus sure knows how to it justice! and as long as they'll keep on releasing albums of this caliber they will stay powerfull and trimphant indeed!
I just can't recommend it enough.