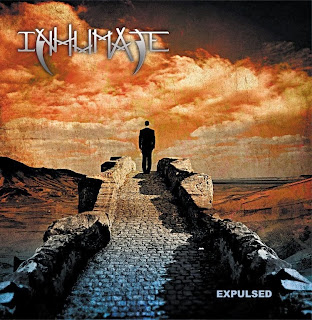 Inhumate is a french band (based in Strasbourg), with guys playing since 1990 and since 1994 under the name Inhumate.  and the experience shows because on their new album Expulsed (their sixth full lenght) each song is a death grind hit! of course it has the aggression and the speed, all he blast beats needed, but also the groove, monstrous grooves! with some low vocals growled in a very rythmic way, and the simple but very efficient riffs, played with a modern clean and fat guitar tone, helps the song stick to your head. listening to it is a somewhat primitive pleasure, but trust me it's really enjoyable, and i'd even say fun!
the best summary is given when one scream at the start of one of the song "faut que ça chie!" (which could be translated as "it must blast"). et ça chie indeed!