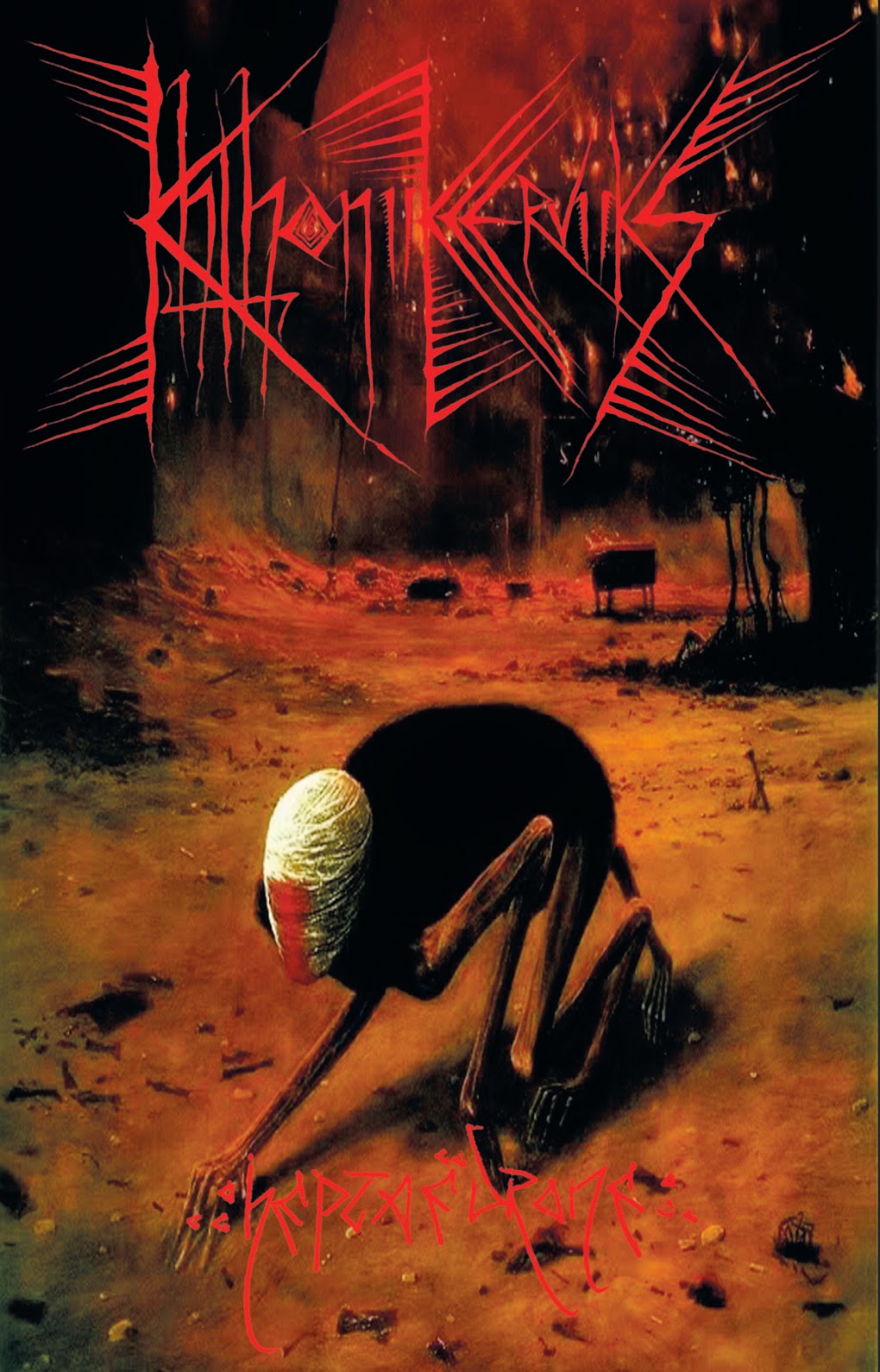 Khthoniiks cerviiks is a german trio playing some twisted dark death metal. Heptaedrone, released last year, after some demos is excellent and really interesting, with a potent hypnotising effect. Their sound has a dark occult death / black metal flavour but with also a chaotic and somewhat experimental element to it. The weird dissonant guitar work is really good and original (it's more riff based than is the "occult death metal" scene. you can actually distinguish what the guitarist is playing!  It evoques sometimes the epic and otherworldly element in Morbid angel), the bass is buzzing nicely, but maybe it's their drumming that is the most striking, not a lot of blast beats but instead a chaotic and nearly "free" feel (although it's quite simple, very effective) that adds a lot to the songs and to the uniqueness of the band. Their  "power trio formation" help the impact  of each elements and the cohesiveness of the whole. The songwriting is creative and surprising. Khthoniiks cerviiks is my favourite recent discovery in death / black metal and I highly recommend that you give them a listen!