A God or an Other 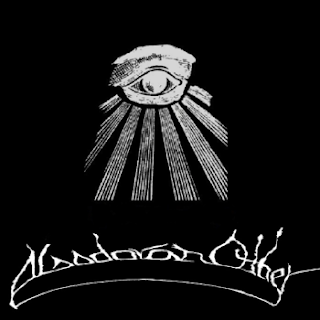 A God or an Other is a new band from Seattle, they play their own kind of blak metal, fusioning differents musical influences (atmospheric, post-rock, doom, etc.,).
They released in december 2011 a demo that you can listen to and download freely from their Bandcamp page.

Since the demo is good, quite original and promising, I wanted to know more about this band, so i sent them a few questions.
Here is the interview :

-can you present the band, is members and history (are you still a duo?)

T:Trenton Boyd, I play..guitar, do vocals..samples and sometimes keys. Sam and i met through...a series of internet postings and video/audio responses to each other. We both just wanted to play black-metal that was different then a lot of the bands we were listening to, i guess. We are still a duo at this time. S: Sam Pickel, I'm on drums and vox. We both have a diverse range of influences and were looking to make some unique black metal fusion by incorporating several different genres.
-do you intend to play live? with other musicians? Is it possible that one day we'll see you in France?

T:We play live in the Seattle area of Washington state frequently. We intend to keep doing this as much as we can. I think it is possible that other musicians will eventually be added to A God or an Other, but it would have to be the right fit. We are getting comfortable enough with being a "duo", but a bass player would be nice.  As for touring in France, we are a long ways from that. We have been playing a fair amount of shows in our area, but haven't toured yet. I work two jobs and go to school, Sam is going to school full time to become a teacher. We get to A God or an Other as much as we can between all of those things.
S: Agreed. Would love to have a bass player.

-with what kind of bands would you like to play?

T: We generally just like playing with other bands that are young, heavy and into the same music as us, but we usually don't have much of a choice who we play with.
-what was your musical journey until you form A God or an Other? do you play in other bands?

T: I didn't play in any bands that played live, before A God or an Other. I played with groups of friends, nothing too serious. I still do that as much as I can in between A God or an Other and my busy schedule.
S: I played in the Seattle atmospheric black metal outfit Addaura for couple of years as well as several projects between that and A God or an Other. AGoaO is currently my only band though.

-how did you find your curious band name? was it your intention to have a name with a play of word?

T: The name "A God or an Other" came from the book House of Leaves. It is one of my favorite books. I think the phrase kinda takes on multiple meanings for us...

-how do you write your poetic/dreamy/dark lyrics?

T: I write some of the lyrics, but Sam has actually handled the majority of the lyrical content. Id say the inspiration comes from all over...life...history..books..film..nature..morality
S: Definitely. I'd add suffering, love/strong emotion, time, and outer space to that list.

-I really liked the painting you put on your bandcamp page, I felt it was going well with your music, why did you changed it?

T: The painting was from a Polish artist named Zdzisław Beksiński. Sam showed me his work and I thought a lot of it would fit with our work. Unfortunately, he passed away several years back, and we would need some sort of permission to use his work. We will probably find artists to do the artwork for any future releases.
-what kind of music do you listen to? I guess you're into different kind of music since what you play seems to draw from different scenes, for exemple post-rock, black metal, doom, etc...? am I correct?

T: We listen to a very wide variety of different music that all influences the music we play. We both love black metal and metal in general. We actually listen to a lot of bands from France; Deathspell Omega, Blut Aus Nord, Year of No Light. I love Celeste. I'd say right now im listening to a lot of Deathspell Omega, Rosetta, and Amenra....oh and lots of hip-hop.
S: Wu-Tang for life. Also very in to Grails, Black Sabbath, Om, SWARRM, Thou and Xasthur.

-I think you music deserves to be known, do you try to get signed to a record label, or do you prefer to promote yourself your music?

T: So far we only have a demo out. We pretty much self-promote ourselves on everything, we even do most of our show flyers ourselves at this point. Im sure being on a label might have it's benefits, though.

-which other bands from your area should we check?
T: Listen to Samothrace...
S: And Bell Witch.

-what are your projects for he future of A God or an Other?
T: Currently we are just writing and practicing as much as we can, we will probably be playing a bunch of shows in our area closer to spring and summer. Hopefully, we will release an LP towards fall or winter.
S: Spring should be full of live shows for us, and hopefully we can do some more writing this summer.

-have you something to add?

T: my final thoughts are that I would like to be payed for our music in the form of avocados.
S: I am partial to mangos.
à 21:57