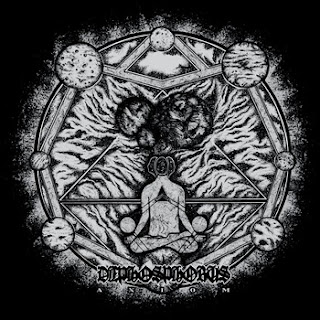 Axiom, the first release by the greek band Dephosphorus was among the best discoveries from the underground in 2011.The music they play is an interesting combination of elements coming from different syles, mostly extreme music but not only, and the result is a unique balance beetween blackened grind/punk agression and eerie melodies and atmospherses. But Dephosphorus music escapes any labelling so if you want to figure out how it sounds just listen to it! highly recommended listening!
for exemple on their website or bandcamp page (you'll also find there two songs from their coming LP!).

I asked Panos Agoros, singer of Dephosphorus, some questions to learn more about the band, about Axiom, their future releases, etc., as you'll see, not only the music is unique, but also the lyrics, artworks, etc, the whole concept of the band is unique for an extreme band like Dephosphorus. Panos kindly and thoughtfully explained to me (and you!) what the band is all about (among other interesting things). read it below!

-can you present the band for those not knowing you yet?

Panos: We are Dephosphorus, hailing from Athens-Greece. We’ve been formed in summer 2008 by me (vocals/lyrics) and Thanos (guitars/bass/songwriting) after the dissolution of our previous band, Straighthate. After spending a year demoing material and forging our style, we’ve been joined by longtime comrade and Injekting Khaos member Nikos on drums. We’ve released our debut mini-album “Axiom” as a gorgeous gatefold vinyl last summer via german vinyl-only grind label 7 Degrees Records. “Axiom” is also available as a free download from our website.

-I think you manage to keep a balance between dark strange melodies/atmospheres and rawness and agressivity, is it something you try to achieve intentionally?

Panos: Of corpse! This is what Dephosphorus is all about. Delivering blackened, aggressive, spiritual and eerie music. Our ambition is to transport you to a realm beyond our earthly realities, yet not completely disconnected from them.

-if I describe your music as an original mix of different extreme music styles with mainly elements of grind/crustpunk and black metal would you agree?

-how are Dephosphorus song’s written?

Panos: Until now the way we proceeded was the following. Thanos had submitted a pool of demos to the rest of us, and each time we wanted to write a new song, Nikos chose whatever track he fancied more. Then they would start working on it at the rehearsal room, and while this was happening I would be browsing my notepads trying to figure which lyrics would fit. When the music of the song would be more or less ready, I would join trying out different vocal lines, and usually at the end of a couple of hours of rehearsal we would have a first version ready that we would commit onto tape using our own equipment.

-it seems to me that the lyrics focus on about metaphysical subjects, can you tell us more about that ? I guess the artwork of Axiom is link to the lyrics isn’t it? And what does the name of the band means?

Panos: The name of the band designates a cosmic entity which is the central point of our concept. The initial idea about the name came from the working title of a Leviathan song, “Phosphoros”. We liked it very much because of how  it sounded, and because of its meaning (“bringer of a light”). It is also the name of a chemical compound, and since our concept has scientific afinities, it made sense to chose it. When we realized it was already taken we did a bit of research and came across “Diphosphorus” which is an allotrope of “Phosphoros”, aka a diatomic version in which it also exists. Voilà!

Our lyrics and concept are allegoric and metaphorical. They deal with the search for the meaning of life and of creation. Dephosphorus is scanning the cosmos for allies in order to pierce its mysteries. When some civilizations enter in contact with Dephosphorus, chaos and turmoil are ensuing. As a Calvin & Hobbes comic strip put it perfectly: “-If people sat outside and looked at the stars each, I’ll bet they’d live a lot differently. –How so? –Well, when you look into infinity, you realize that there are more important things than what people do all day.” 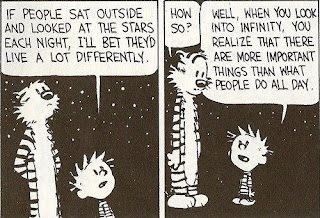 The artwork has been crafted by our friends Viral Graphics (www.facebook.com/viral.graphics) who are 100% into our concept and have similar perception and worldviews than we do. Our music, lyrics/concept and artwork are intertwined and are not to be considered separately.

-your previous grind band Straighthate was more like “classical” grind with lyrics about social concerns. How do you explain your move from Straighthate to Dephosphorus?

Panos: Straighthate was indeed less radical musically and conceptually, but I wouldn’t say it was classic grind either. It had some of the diverse influences that we also have in Dephosphorus albeit in more embryonic form: noise rock, post-hardcore, black/death…

When we decided to move on after Straighthate, we wanted to start a band more challenging and exciting, both musically and artistically. We figured out straight from the beginning that it would be a band based on a concept. Personally, at this point I needed an outlet where I could unleash my imagination and combine two parts of myself. The adult who’s thinking about the possibilities of life and about human existence, and the science fiction boy who grew up in the 80’s with Isaac Asimov and Battlestar Galactica…

-can you tell us more about the future split with Wake?

Panos: Our label, 7 Degrees Records, put us in touch with labelmates Wake from Canada (http://wakegrind.com/). They are an excellent grinding hardcore band, with devastating music and inspiring, caustic lyrics. They had 3 tracks to offer for a split-EP, so did we. It was a nobrainer that it would be a killer move to join forces for a split release, so with the support and encouragement of 7DR we made it happen. As we speak the wax is getting pressed at the factory. It will come with a poster insert sporting – once again – awe inspring artwork by Viral Graphics. Viral had to accomplish the challenging task of combining our stellar concept with Wake’s sociopolitical lyrics into a single coherent vision, and that’s what they did in a tour de force of epic, monumental artwork. Our tracks will also be available in a digital form. Brace yourselves!

-I also read on Grind and punishment that an LP called Night sky transform is coming, can you tell us more about it? Is it gonna be a move towards more grinding dark psychedelia?

Panos: You put it into words perfectly, indeed this is exactly what you’ll get! All three of us feel that all those years spent in the music scene came down to this. We consider “Night Sky Transform” to be our masterpiece. We hope that the underground audience will embrace it as they did with “Axiom”, as its valiant successor. Even if they don’t, it is a work extremely important to  us. A collective pilgrimage and a wonderful journey…

I don’t want to spill the beans too much. It is a different approach to our sound, yet there is still a sense of continuity. If you take a listen to the two tracks off “Night Sky Transform”, “Uncharted” and “Cold Omen”, streaming at our bandcamp page (http://dephosphorus.bandcamp.com) you’ll get a good idea where the album will be starting from. The rest of the trip will be for you to discover in a few months from now. It is going to be released as a special vinyl edition by 7 Degrees Records, and will also be available as a digital download. We’re also considering the cassette format - we’ve yet to receive a relevant offer for a CD release…

-other projects for the band? Touring planned?

Panos: There is also another split-7”EP that will follow shortly. It will be part of irish label’s Hell Comes Home (http://www.hellcomeshome.com/)subscription series. We will share it with Great Falls (http://www.myspace.com/greatfallsnoise), a great american band featuring ex-members of gods Playing Enemy…

Touring is unfortunately out of the question right now since Thanos is studying in Göteborg-Sweden, and our drummer Nikos is recovering from an arm injury. Dephosphorus gigs will definitely happen at some point. We just don’t know when - yet.

-what do you think of the situation in Greece? Has it an influence on your music? If so in which way?

Panos: We think that the situation in Greece is just a preamble to the storm that is coming, the global crisis of western capitalism. The Greek society is responsible for what is happening, and so are our foreign “friends” who encouraged and took advantage of corruption for the last 30 years. Fuck you Europe!

Most of our music and lyrics have been written before the crisis came down really hard on our country and people. There’s not any direct link, except the general sense of regret that our short lives on earth are consumed by trivial, mundane, materialistic worries and struggles, separating us from our true nature and from the greater, encompassing cosmic realities.

-how is the extreme metal/punk/grind scene in Greece at the moment?

Panos: It’s better than what it was 10 years ago. There’s a handful of exceptional acts (Dead Congregation, Ravencult, Injekting Khaos, Ruined Families, to name a few), some good ones and a whole lot of mediocrity. Just like everywhere else.

-can you tell us a few words about Blastbeat mailmurder/productions?

Panos: I’ve started Blastbeat Mailmurder/ Productions 10+ years ago, in order to distribute in Greece metal and hardcore music that wasn’t available in the stores at that time. I did a fair amount of field work introducing the local audience to bands like Antaeus, Kickback, Arkhon Infaustus, cult labels like Spikekult, Blackfish Records and Noevdia…

I’ve also released a handful of quality releases including both CD’s of Straighthate, 7”EP’s by swiss grind heroes Mumakil and local death metal legends Nuclear Winter (the band from the ashes of whom rose Dead Congregation)… I’ve just got out my latest release in over 4 years, the “Rotting Season” 7”EP by N.Y.C. death metal band Mutant Supremacy – I know you digged this one!

What I’m working right now is the Monomaniac series. That will be a stream of compilation 7”EP’s where each band will contribute with 1 minute of music! A lot of
excellent bands have been recruited to the cause until now (Diocletian, Necromantia, Robocop, The Howling Wind, etc)… I will also release at some point the self-titled mini-LP of our drummer’s excellent black/death band, Injekting Khaos (http://www.myspace.com/injektingkhaos, http://injektingkhaos.bandcamp.com/).

For more info, online music and a mailorder choke full of quality death/grind/black/hardcore items please check out my website: www.blastbeatmailmurder.com.

Thanks for supporting Dephosphorus and good luck with Blasting Days! 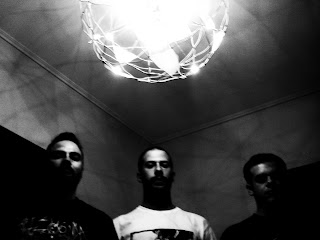