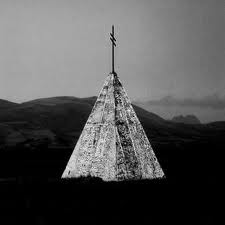 Creep on creeping on (2011), the fourth record by Timber timbre from Canada. Ce disque est hanté. This record is like a ghost wandering beween canadian woods and une Nouvelle-Orléans révée. It sounds like a dark indie-folk meeting fifties rock at the crossroad. The first song, setting the tone of the whole record is called bad ritual and sound like a funeral procession, with the saxophone doing creepy sounds, the piano playing its cold melody and the singing being warm dark, and melancholic. And the few creepy instrumental noisy/dark interludes between the songs adds to this eerie feeling.

Here is the band official website. and here's the page with videos for some of their songs.