Not enough hate-Knocked into tomorrow (2010) 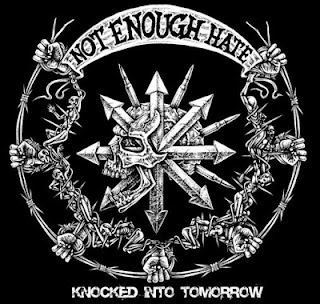 If you are in need of your weekly dose of D-beat / crust this one could really do. Knocked into tomorrow was released in 2010 by Not enough hate from Gothenburg. they sound like a mix of Discharge, scandicrust and the more rocking moments of Entombed. Nothing new but the songs are good and played how they should be. It has the speed, the rage and the attitude. the few time they slow down a bit the result's also good, there's good melodies just as much as needed, cool frenzied punk solos, etc...so if youre into this kind of music you should try it.