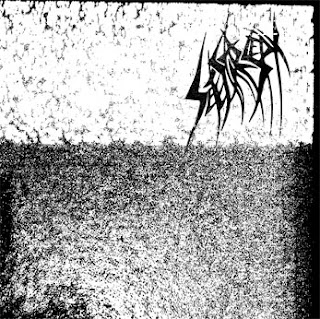 Sete star sept is a japanese duo (bass / drums) that displays a great inventivity in merciless audio terrorism. They are masters in playing blasts of noisy grind that melts the deadliest elements of fastcore and harsh noise. Many of their songs ( or miniatures since they rarely last more than 45 seconds!) starts with a larsen and end with a larsen and in the meantime you get blasted with loud noise, blast beats or  nice "violent free jazz" beats, noisegrind bass guitar attack and screams. all that played with a nihilistic careless punk attitude that really fit with the music. and the most incredible is that you'll like it and keep coming for more!
Their vinyl records released for the last two year are now released on a 75 min CD by Fuck yoga records.
It features the songs from :
-split 12" w/ GENERIC DEATH
-split 10 w/ NOISE
-split 7" w/ PENIS GEYSER
-split 7" w/ CSMD
-split 7" w/ SATAN
-split 7" w/ ROTGUT
-4-way split 7"
-"gero me" 10"
-and a live set from KFJC

this is a really crazy sick record, but also a really funny and cool one!

you can listen to some tracks on the Fuck yoga website

Their drummer Kiyasu Ryosuke answered to my questions by mail, read it below :


-can you tell us a few words about the beginning of Sete star sept ? Is the band really different now? do you intended from the start to play as a duo?

SETE STAR SEPT is Vocals/Bass and Drums's 2-picese band from Japan.
Kae is playing on bass and vocals.Kiyasu is playing on drums.
in past, the band started from 2004 as Kiyasu on Vocals for 3-pieces band.
then we've changed the current lineup in 2009

-do you play or have played in other band?

-how would you describe your music?

-you play a really extreme kind of hardcore/ grind / noise, Japan is known for being forward thinking for these styles, were you influenced by other Japanese bands or not especially?

i influenced from The Gerogerigegege.
80's and 90's japanese noise/noisecore bands are so cool.

-seems to me that since Revision of noise you evolved toward even more apocalyptic / chaotic songs is it so?

songs in "Revision of Noise" are sound like old scholl grindcore song.
but now,we are getting into how to make fucked up songs.

-what is the writing process of the songs?

i make bass riff as draft then we do jam session for couple of times.
the song will continue to completion.

this is true grindcore!

-were these two last years an important time for the evolution of Sete star sept?

yes, we were able to return to the origin of SETE STAR SEPT.

-are you preparing a new record (or some new records)?

we are preparing 2nd album. we've done recording all tracks for it.
and we have some upcoming new releases. i will announce it on our facebook page or blog.
check it out!
[facebook] http://www.facebook.com/setestarsept
[blog] http://blog.7s7.org/

-do you plan to tour Europe any soon?

-how are your live shows?

our live shows are getting better and better.
we need to improve live show for the tour in next year.

-which bands from you area would you recommend?

-your favourite record released in 2012? (you can name more than one).

this is my favorite record released in 2012 below.

-how would you describe your drumming?

-do you have something to add in conclusion?