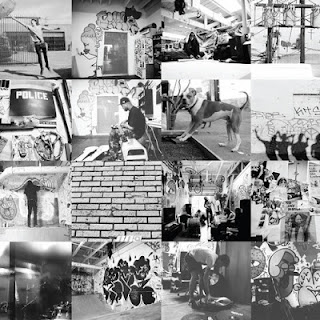 Trash talk is a hardcore band from sacramento CA, their sound include old school hardcore punk elements as well as more modern and metallic hardcore elements. they are not very far from bands like Madball or Terror (but with more diversity and subtility in the songwriting). they just released their fourth LP called 119 and it's really good. I can't point exactly what they have that makes them better than most hardcore bands, but they are among my favourite in that "classic" style of hardcore. maybe it's that they sound more spontaneous, more "real", it's also that they write good songs with a lot of energy and groove. the records is released by the hip-hop collective Odd future and two MC's from Odd future appears on one track (Blossom & burn), and even if you're not into hip-hop you can like it. no wrong move on the record so if you like hardcore I'm pretty sure you'll like it...