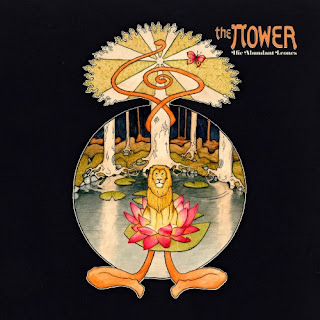 Hic abundant leones is the first album of the finnish band called The Tower, it was released in 2014 by Bad omen records. This is an interesting album, a promising band and I listen to it regularly since two years and enjoy it each time, so even if it's not fresh news I wanted to review this one. We could say they fall in the retro-heavy metal style, but more importantly they do it in a different way (not another Graveyard / Witchcraft / Uncle acid wannabe). Their music reminds proto-heavy metal / heavy blues, with elements from the 60' hard blues psych rock music and elements from the early days of heavy metal. Somewhere between Iron Maiden and Hawkwind, old school epic heavy metal with some 60' trippy flavours. But more important than their influences is their ability at writing good, memorable and enjoyable songs filled with good riffing, good vocals and a nice epic and trippy feel. Really cool stuff! They really deserves more attention than they get. 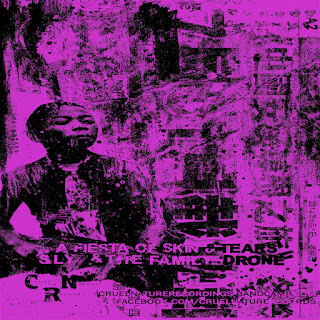 Listening to Sly and the Family Drone is a special experience, and from what I read seeing they play live must be completely crazy. No, they are not playing drone covers of Sly and the Family Stone. Not even playing their own songs, because they don't play "songs" and they mostly improvise. They play drone, yes, through synth and tortured samples, and repetitive rhythms, they play a lot of free / chaotic / tribal sounding drums and percussions (and pass some to the public to help them perform their noise assault!). They scream. They raise a lot of noise and hell. A fiesta of skin and tears captures one of they show in 2014. If you're into noise and improvised / free music, or just enjoy some sonic chaos, then this is for you. Truly unique and great stuff! 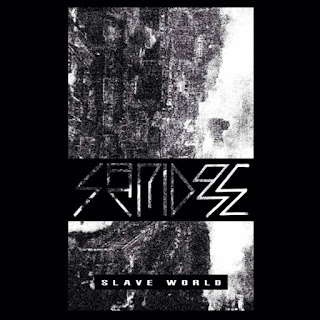 Floridian PV / grind trio Sacridose have been a good band from the start (with a guy from Cellgraft on guitar this was no surprise), but with this new EP called Slave world they sound more convincing than ever. the 6 songs (less than 5 minutes for the whole EP) are simple but straight to the point and super intense. An impressive demonstration of PV / grind efficacity. 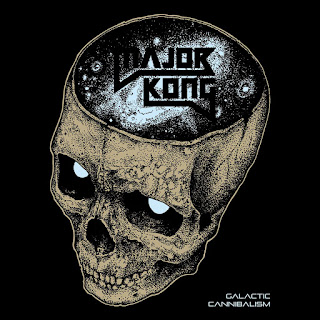 Major Kong is a polish trio playing instrumental stoner / doom at its finest. They have the heaviness, the riffs and the grooves, plus a touch of space rocking and inspired songwriting to hold things together and guarantee an interesting listen. All that makes their new EP Galactic cannibalism a very enjoyable piece (four tracks, around 25 minutes) of heavy trippy rock. I also strongly recommend their latest album Doom machine. 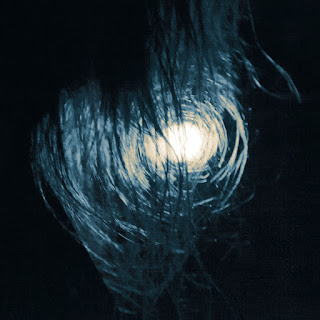 Värähtelijä is Oranssi pazuzu fourth album (again on Svart records), and is coming after the excellent Valionelu (read HERE my review of it ). Värähtelijä has everything I love about Oranssi pazuzu (kraut-prog rock meets black metal in short) and at the same time it's again a different beast. Darker, more abstract and repetitive, less dynamic maybe, not less rocking but rocking on a more kraut beat, more ambient, less "prog' rock" but more dark psychedelia. It's harder to get into it, but also it's good to have them back to a more weird and nightmarish feel after a more colourful Valionelu. They still are really different and special. I had great expectations for this album (Oranssi pazuzu is one of my favourite band) and it does not disappoint me. Really trippy and powerfull in its unique way. 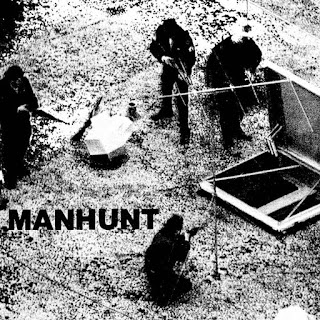 Manhunt is now one of the best hardcore band from Australia. On their self-titled LP released early in 2015 their hardcore punk / powerviolence sounds very fierce, focused and with a high intensity level. And their singer Alix Katala sounds like you won't be able to escape. 14 tracks in about 15. that's the time they need to get you!  Even the instrumental track is good. Also recommended, their split with the aussie grinders Internal rot released in 2014.
Manhunt is Hardcore done right. 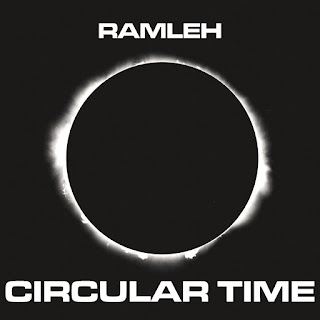 After a few years hiatus Ramleh are back with this double album called Circular time. Double and really excellent. Their noise / power electronics / industrial origins are still felt, but they still largely follow in their more recent noise rock vein (with drums and guitars) and they bring also a big dose of spacey psychedelia with really trippy lead guitar parts. there's also something kraut with the rythms (Godflesh meets Can and Jimmy Hendrix?). And theres some few vocals in the most "rock" parts (maybe somewhere between The Melvins, Hawkwind and Pornography era The Cure?), and those parts are good as well. They sound like no other and their music is powerfull and mesmerising. Since I discovered Circular time I listen to it on a daily basis. strong and addictive stuff, really. try it! 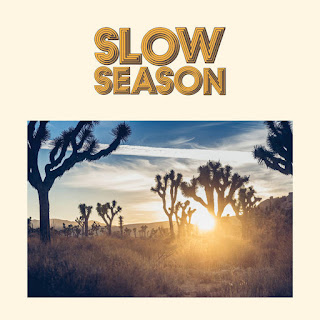 Slow season is a very enjoyable album, and the band is a really good rocking band. To be honest the only originality they have is... to worship a band that is not Black sabbath, but is Led Zeppelin. But their are incredibly good at writing and playing songs in a Led Zeppelin vein, so why not? The other good point is that so do not duplicate only the hard rock side of Led Zeppelin but the whole diversity of the band, with its blues influenced and folk elements (harmonica included) and also the rock'n'roll songs. So maybe this self titled album, reissued in 2015 reminds most the third Led Zeppelin album (III) . In 2015 also they released their second album called Mountains, which is also really good, in the same zeppelinian vein, just maybe a bit heavier, with less folk elements. If you're into Led zeppelin go for it. If you're not into Lep Zeppelin... well, go see the doctor, hopeless case... 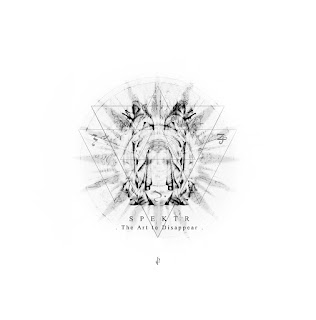 Spektr is another french entity (a duo more precisely) that is pushing the boundaries of black metal. Their new album, The art to disappear, still largely instrumental, but not completely like their previous (excellent!) album Cypher was. But anyway since they're not into "pop" song format (like black metal often is!) this doesn't really matters. The guitars reminds Mayhem at it's most industrial / experimental (the kind of melodies and the sound of Grand declaration of war especially). There are noise / industrial elements bringing a cold, bleak and noisy feel,  and also some heaviness with dub beats (here when I write "dub" think Scorn). There's also a little jazzy touch with some drums patterns, but fewer jazz element than in Cyper. The atmosphere and the aggressive blast beats parts makes this a black metal album, but with a lot of room for experimenting and noise / industrial sounds. It has a different feel than Cypher (it's more brutal and industrial), but still is very Spektr and excellent. We already have a strong challenger for most interesting and best black metal album for 2016. 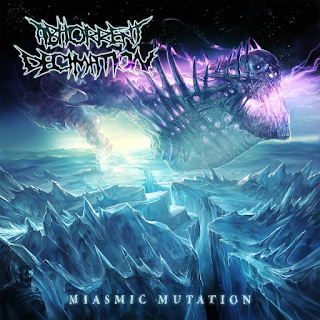 This flashy blue cover art would let you think this is some death metal of a more modern kind than usually reviewed on Blasting days. Yes it is, but don't start running, this is not deathcore nor slam. Miasmic mutation is the first album from Abhorrent decimation, a young band from London. And for a first album this is an impressive one. Modern death metal, with a powerfull and clean production, but still really related to old school death metal. Brutal but not too much, they still write "songs" in a death metal way. it's quite technical but not too much and never for the sake of it. It has some good atmospheres, melodies and leads but never falls into the atrocious pits of "melodic death metal". And above all they show some good songwriting skills, very effective, crafting good, memorable and enjoyable songs. I usually don't listen to modern death metal, but this album was good enough to "catch" me. Good stuff. 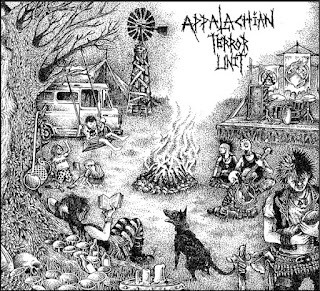 This new Appalachian terror unit, called We dont need them is one of the best crust / HC album released in 2015. Often more aggressive than most crust bands (and they are really good when in full relentless hardcore mode), they also know how to craft some memorable slower parts with post-apocalyptic atmospheres. The album is five short songs plus a thirteen minutes one. No, not a more atmospheric and lazy song to add a few minutes more to the album. What we get from this sixth song is a another aggressive song, but with a more complex structure allowing for a more epic feel built as the song develops. In my opinion too many crust albums sounds too predictable and often gets boring, but not this one. Not that it's really going in a different direction, but it's just done better. Good stuff. 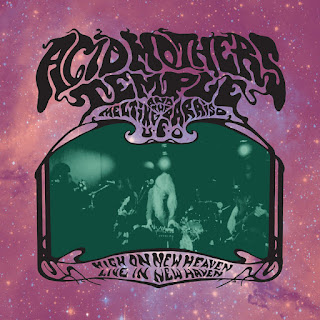 Acid Mothers Temple & The Melting Paraiso U.F.O is one of the most jaw dropping live band you can hear, like an endless flow of wild concentrated energy. The japanese  band led by Kawabata Makoto mix in their very own and powerfull way heavy rock / garage with psychedelic rock, and their high energy or spacey riffs and basslines, trippy or noisy keys parts, hard hitting and free drumming, japanese singing and choirs will take you far away and drive you crazy. This live in New Haven will give you a good idea of their larger than life live awesomeness, featuring some of their recent songs as well as older ones. Heavy and psychedelic rock at it's most radical and best. Enjoy!

The BC page of the album 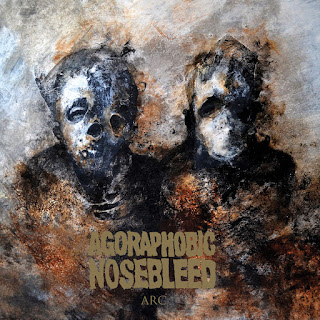 Arc is the new Agoraphobic Nosebleed release, but don't expect some grindcore here. This EP is the first of a serie of four, each one focusing in the favourite style of one members of ANB. This one is the Kat Katz one. And this is sludge. Eyehategod, Black sabbath, Melvins and Crowbar are thanked for inspiration for this record and you can definitely hear it. On the record Kat is doing all the singing, all the rest is done by Scott Hull (guitars and programming). It does not sound like ANB, the drums are programmed but never sounded less digital on a ANB record. Is the music good? yes it is, three long songs filled with good riffing and some good heavy destructive groove. On this first sludge release they are easily better than most sludge bands. I just regret that there's no hardcore acceleration in their sludge (so in a way it's more doom with screamed vocals than really sludge), for a band usually playing grindcore this is a bit upsetting, but maybe that's exactly why they didn't wanted to do it... going slow and heavy all the way.