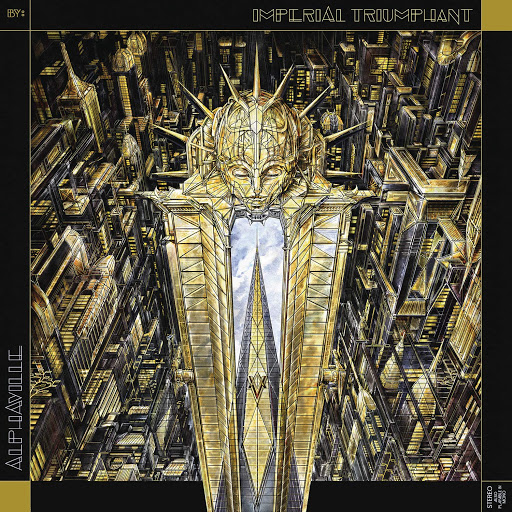 On Alphaville like on their previous fantastic album Vile Luxury the black metal origin of Imperial Triumphant sounds very distant, but that's for the best since they're now a much more interesting beast. They're now closer to what their drummer Kenny Grohowski is doing when he's playing on one of John Zorn's album. There's also a strong dose of progressive rock in a king crimsonian vein (their more recent more abstract dissonant and darker albums), and the featuring of Meshuggah's drummer (percussions on one track) and Colin Marston sounds totally natural. The more abstract and dissonant works of Blut Aus Nord can come to mind as well. But, while it's evolving from release to release, the band really found a unique formula, so comparison's to other bands or only meant to give an idea of the global feel of the music. Compared to Vile Luxury there's less brass instruments parts and the overall feel is colder and more futuristic, less chaotic and violent. A different nuance but the same very high musical quality.

Napalm Death - Throes of Joy in The Jaws of Defeatism (2020) 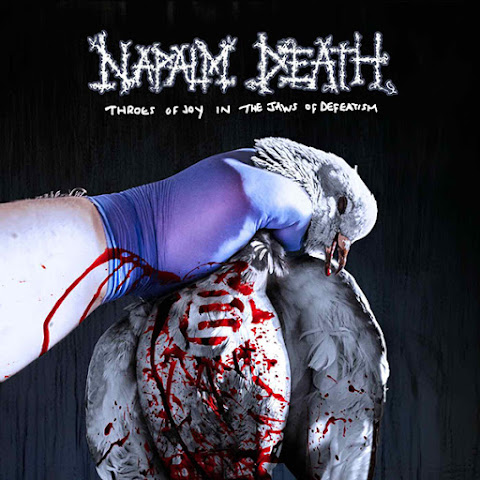 Previous two Napalm Death albums (Utilitarian and Apex Predator) were excellent, as well as the EP Logic Ravaged By Brute Force, so I had big expectations for this new Napalm Death album. But Throes of Joy in The Jaws of Defeatism is even better than what I expected. More than 30 years after their beginning not only they play as fast as ever, like in the opening track, but they also keep on reshaping the style they created (with a few others) a long time ago, this time mostly with post-punk/industrial atmospheres, a bit like they did in the EP (and in the 90' but in a different way). Plenty of memorable tracks on this album (Fuck The Factoid, Joie de ne pas vivre, Invigorating Clutch, Amoral, Acting in Gouged Faith) with a lot of diversity (different speed, different feels, etc.). Barney is doing an especially good job with his vocals, and the other guys are super tight. Throes of Joy in The Jaws of Defeatism is bound to be not only one of the best grindcore albums (maybe THE best) for 2020, but also one of the best albums of the year all styles considered. Like good wine or whisky, Napalm Death only gets better with time and this new album is an impressive proof of that. Is this a review or a love letter to the band? Let's say it's both. 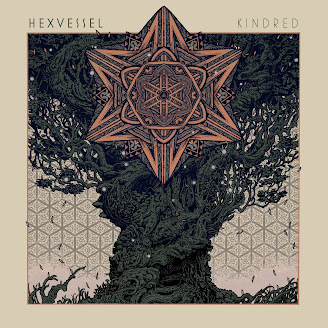 It's about time I review an Hexvessel album! I intend to do it since their second album in 2012 No Holier Temple, and since that day they kept on releasing good music (that I failed each time to review... damn!). But Kindred, the new album from the Finnish band with a British singer (an outstanding singer who also sang in Beastmilk) is absolutely worthy of a review, maybe even more than their previous releases. Kindred covers with ease and elegant class different spaces between quiet folk, heavy rock and psych/prog. The opening track, the very King Crimsonian Billion Year Old Being is highly memorable and one of their best song yet, and the rest of the album is also excellent. Highly recommended! 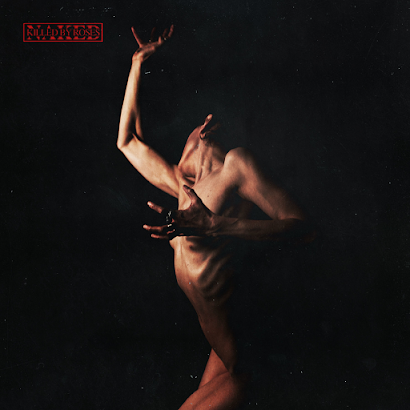 Killed by Roses is the fourth release from the duo from London NAKED, an interesting and intense mix of power electronics, industrial tech and a touch of hip-hop. Noise, beats, and screams. Good stuff. 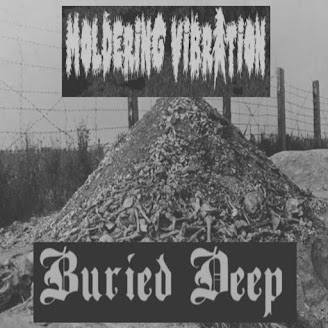 Moldering Vibration is a new band from California and Buried Deep is their first demo. Their music is already really cool, catchy and enjoyable old school deathgrind with a few death/doom parts. After this promising start I'm looking forward to listening what they'll release next. 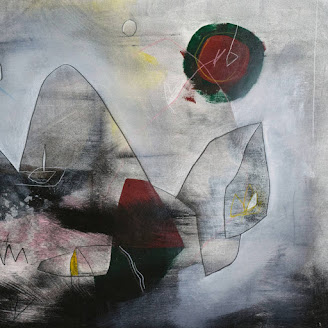 Fantastic new album, called Walk It Dry from British noise / free jazz band Sly & The Family Drone. Their previous one Gentle Persuader was maybe a bit too, yes gentle, and too ambient to my taste but this one really succeed to grasp my attention and keep it, to the opening track, reminding Painkiller with the sax & drum with dub production thing, to some more repetitive, percussive & ritualistic tracks, to heavier ones as well, with a feel of mystery and daring freedom throughout. This is really the kind of album I hoped from them and I recommend you give it a try. 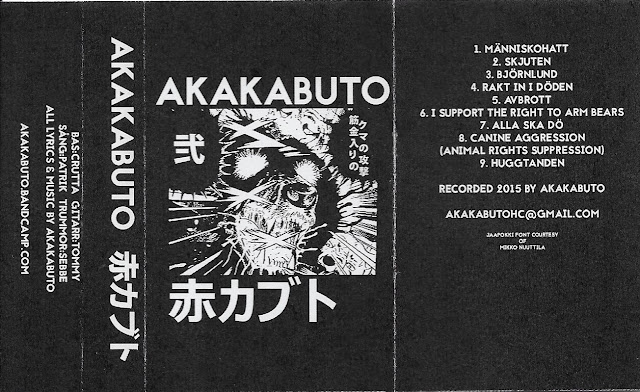 Akakabuto is actually a band from Sweden, that I discovered thanks to Terminal Escape. What they play is a super efficient and ferocious mix of råpunk, d-beat and fast hardcore. This tape, called 赤カブト,  recorded in 2015 but probably released in 2016 is their latest, I hope they are still active... Recommended stuff. 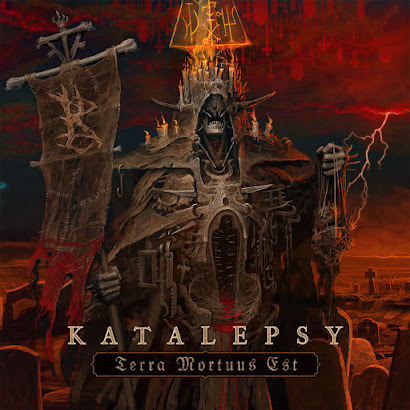 With their new album Terra Mortuus Est, Russian death metallers Katalepsy went one step further in their evolution towards a more well-rounded, sophisticated and technical death metal, keeping their brutal groove mastery but keeping on developing the tech death elements and the songwriting skills for more balanced songs. In my opinion the result is really convincing, giving birth to one of the most memorable death metal album for 2020, with a very powerful combination of brutal/slam and technical shredding culminating in moments where it gets close to the kind of imposing presence that could be felt in Morbid Angel or Nile albums, with the means of modern death metal. Heavily and brutally recommended!
The BC page.
à 14:50 Aucun commentaire: 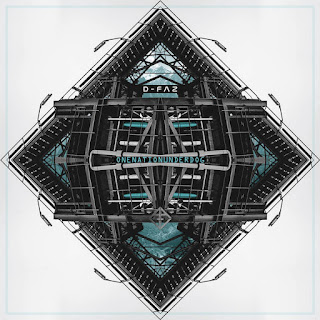 This album OneNationUnderDog released last year is a collaboration between French band D-Faz and American alt rapper Brzowski. The result is good Mcing, in a vein reminding a bit Sage Francis or maybe Buck 65 over production that is rooted in electro / bass music / trip hop. Brzowski warm voice providing a contrast to the colder/futuristic/abstract music of D-Faz. Interesting and quality stuff.
The BC page.
à 21:09 Aucun commentaire: