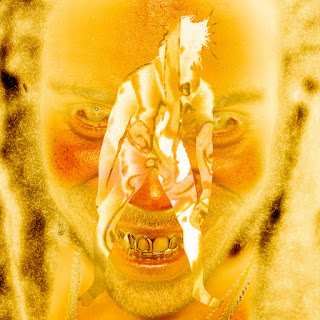 Skin is another wild ride of an album from trap/punk/nu-metal duo Ho99o9 (who teamed on this album with Travis Barker on drums and production. Are also featured Saul Williams, Corey Taylor and Bun-B). Like their first one (United States of Horror)Skin is a very fun and enjoyable album and confirms that they are among the very best "trap metal" bands. 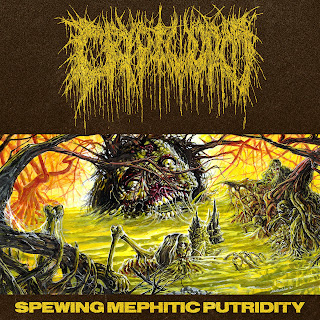 I discovered Crypworm, from Bristol (UK), with the four track "Reeking Gunk of Abhorrence" they released last year, which I really enjoyed, and now they are back with their first album, called Spewing Mephitic Putridity and what an album! They play some old-school death metal of an especially disgusting kind, and with some Mortician style grooves. As delicious as it is filthy! They're really one of my favourite new death metal bands, and I've no doubt their album will be among the best released this year. If you're into death metal, don't sleep on it! 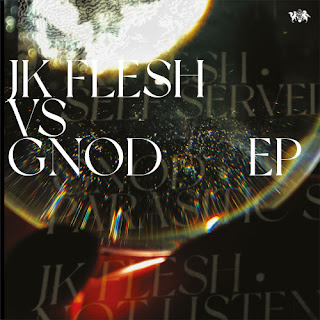 JK Flesh is the name Justin Broadrick use for his techno releases, Gnod is a English psych/noise rock band. Last year they joined fores for a four track EP (called JK Flesh vs Gnod) where they both cover two tracks from the other. So we get two JK Flesh tracks being given a psych/kraut treatment and two Gnod traks being given an industrial treatment, resulting in something as good as what they do on their own, but different, making an interesting and enjoyable release. 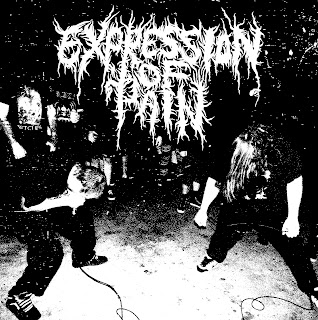 First and self-titled album from LA's Expression of Pain. A fine piece of old-school death/grind that could remind Terrorizer or Extreme Noise Terror. Not much more to say, but if you're into grind that should be enough... Recommended! 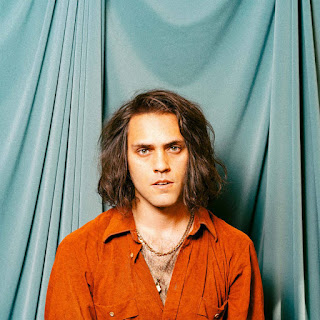 This new EP Love on My Mind from Bambara maintain the very high quality of their previous albums while adding new elements. They kept on sounding close to both Iceage and early Nick Cave & The Bad Seeds (which is fine of course) but the opening tracks with its synth parts and its atmosphere reminds a lot The Cure, and on the whole EP they added more female backing vocals. If you like Bambara the only thing you'll regret with this new release is that it's only six songs... 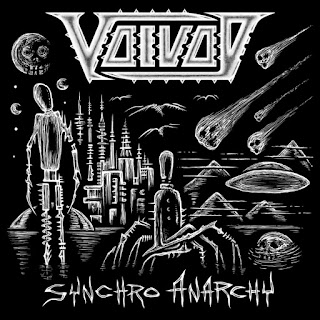 I don't know Voivod enough to say precisely how their new albums Synchro Anarchy differs from their previous works, but I can tell you it is another fine piece of their weird and futuristic progressive thrash metal, full of memorable songs. It's a pleasure to listen to such a unique band keeping on crafting strong and interesting music. 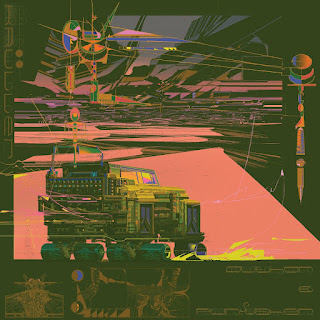 On this new album called Krüller, one man industrial metal band Author & Punisher (Tristan Shone writing the songs, crafting the machines, playing it and singing), is focusing on his more atmospheric side, with an album that sounds more like a soundtrack (would do totally fine for a dystopian road movie!) than a collection of songs, except two tracks that are a bit different from the rest of the album : the Portishead cover "Glory Box" (not bad, but maybe a separate release would have been better for this one) and "Blacksmith" with its breakcore elements from co-producer of the album Jason Begin (Vytear). I'd say "Melk En Honing" remain my favourite A & P album, but Krüller is a nice and interesting addition to its tremendous discography.