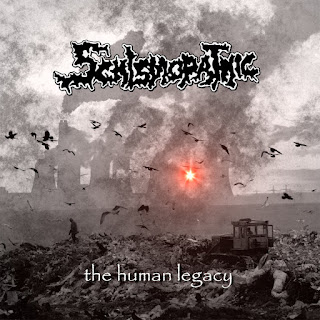 The Human Legacy is the first album from Schismopathic despite the fact that the band was formed in 1988. They play some old school death/grind that remind Terrorizer and Extreme Noise Terror. And they get the good balance between speed and groove. It's excellent and is very likely to appear in my soon to come list of best grind in 2021. 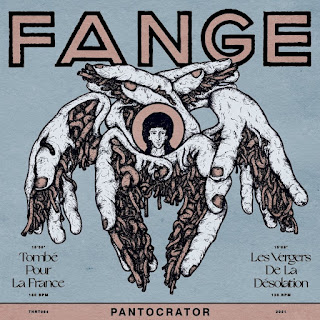 This new album from Fange is a bit less overtly industrial than their EP Poigne, but on the two long, bleak and atmospheric songs that make up Pantocrator we hear Fange at their most Godfleshian. And the result is really fine. Excellent stuff again from the sludge-death-industrial French band. 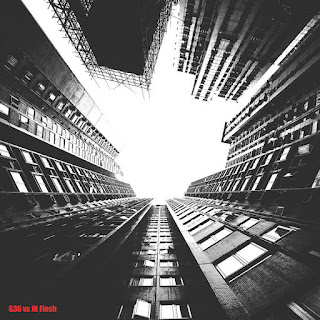 G36 vs JK Flesh - Distintegration Dubs is a split album with Justin Broadrick as JK Flesh (the name he uses for his more electronic music) and Kevin Martin with Gorgonn, his live collaborator in The Bug, as G36. Unsurprisingly, this is dark and heavy industrial dub music. And of course it is excellent. 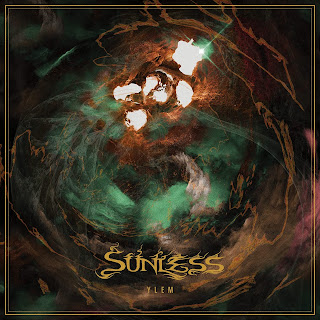 Sunless plays a kind of technical death metal, which kind? Not so easy to say, it's not really brutal, nor especially melodic, a bit dissonant but without being very weird or evil sounding. Maybe we could say progressive, a subtle and balanced mix of different death metal elements. Could remind Ulcerate, but perhaps less atmospheric. Anyway, like the previous one, their new album Ylem is good. 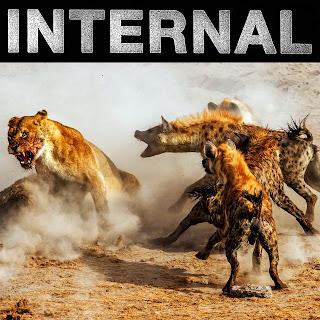 Internal is the one-man band of Trevor Vaughan (Wound Man, Brother, Rival Mob, Breathing Fire, Wolf Whistle, XFilesX, etc.). Like the other Internal  releases, Primal State is pure, concentrated powerviolence. Even the slower somewhat sludge parts sound typical powerviolence. A good way to discover powerviolence if you don't know what it is. 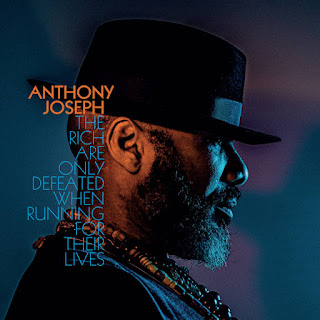 The Rich Are Only Defeated When Running for Their Lives is another masterpiece in Anthony Joseph discography. A fine blend of afro-jazz and Caribbean music, with the spoken/sung vocals of the singer/poet from Trinidad/London. Memorable songs played by a crew of excellent musicians (Shabaka Hutchings, Colin Webster on sax, Florian Pellissier on piano, among others). And of course with such a title (borrowed from CLR James) you can't go wrong! Recommended! 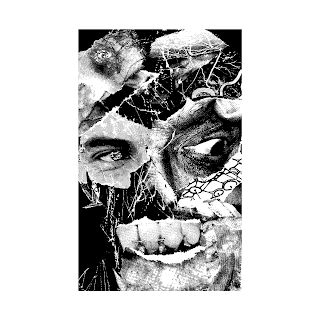 Sentient Ruin is a label best known for its extreme metal releases, but they also deal good industrial music, like this first album from the one-man project 8 Hour Animal, called Resigner. A very strong piece of power electronics/rhythmic noise, punishing, but not in the "test your patience way", thanks to its diversity of beats. Among the best recent industrial music. 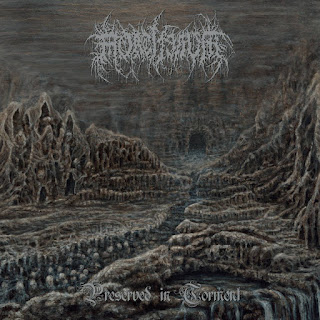 Preserved in Torment is the second album from Mortiferum (with guys from Caustic Wound and Bone Sickness), again with Profound Lore Records. They have some fine melodic leads and mourning riffs, but overall they are mostly on the more death metal side of death doom, of an old-school, raw and putrid kind, some blast-beats included (and the drumming, the sound and the playing, whether in the slow or the faster part, is something I enjoy especially on this album). Maybe the best death-doom album this year, but also among the best death metal albums of the year. Heavily recommended! 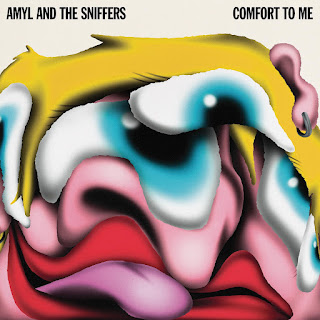 Terrible cover art, isn't it? Fortunately, that's the only thing that is wrong about Comfort to Me, the second album from Amy and the Sniffers. Better this way than the other way round... I discovered their singer Amy with their featurings on the new Viagra Boys and Sleaford Mods albums where she's awesome. This album is another proof she's excellent and special as a vocalist (and for writing good and memorable lyrics as well), and the band and the songs doesn't disappoint either, basic punk rock but done just with a right attitude and feeling. Fun, full of energy and really enjoyable. Highly recommended not just for people into punk music but also to anyone into any kind of rock'n'roll. 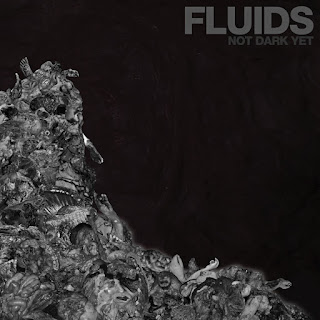 Not Dark Yet is the third album from FLUIDS, which is probably the best band following the Mortician recipe, and also kind of modernizing it, with the use sampled horror synthwave here and there, some slight trap elements in the drum programming. And on Not Dark Yet there's also a final death-doom song which is a good way of ending the album with something different. Heavy, groovy, gross, and fun. 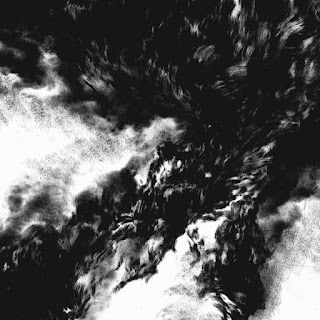 Studies For A Vortex is the first Metadevice album, a new project of Andre Coelho (Sektor 304, Beyond Enclosure). Excellent industrial music blending power electronics, death industrial and dark ambient. Should please anyone into industrial music. Released by the mighty Malignant Records. Recommended stuff. 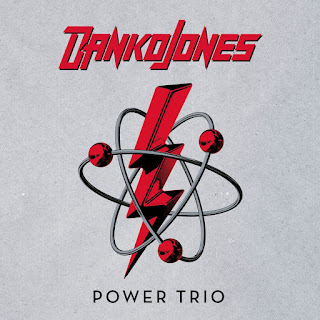 While I felt Danko Jones previous album (A Rock Supreme in 2019) was good but less inspired and memorable than their best ones, Power Trio really sound like a return to form. Sharper, more rocking, their hard rock/garage rock is again at its best, the vocals and lyrics are as good as usual, the guitar playing is simple but done with just the right feel, and many songs on the album would be worthy additions to their setlist. One of the best hard rock / rock album of the year. Really recommended. 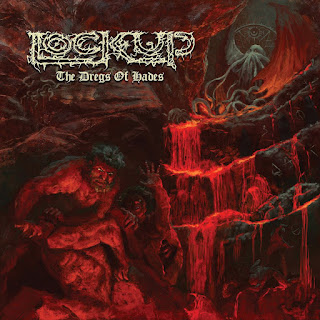 Two line up change son this new Lock Up album called The Dregs of Hades, Adam Jarvis (Pig Destroyer) replaced Nicholas Barker on the drums, and Tomas Lindberg is back while Kevin Sharp is staying, so they're both doing the vocals, and that's a nice addition. Shane Embury, on the bass is now the only original member remaining while Anton Reisenegger is doing the guitar. What's not changing is that, like on the previous album their death/grind makes more space for slower/mid tempo songs, which, with all due respect, doesn't fit the band so well in my opinion, the slower songs tending too much to sound like average old school death metal and I really prefer the old relentlessly fast Lock Up. Among the slower songs only the final one, reminding a bit what Napalm Death did on their slower albums in the nineties, is interesting. Not a bad album, but Pleasure Paves Sewers and Hate Breeds Suffering were definitely more my cup of tea. That been said, I'd still run to see them live again anyway... 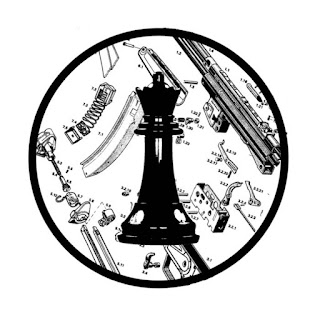 As a chess player I've been first attracted by the cover art and the title. And it turned out I like the music as well. Cut Unconscious is M. Komarov making industrial music. It can be more power electronics, like in the split with Talk Show, or more industrial techno/rhythmic noise like on this four tracks called Antipositional. Good driving beats over industrial noise. Maybe not really groundbreaking, but well done and enjoyable. The other stuff on Damien Records are also interesting, there's The Rita, Sissy Spacek, Gnawed, among others good industrial or powerviolence bands. 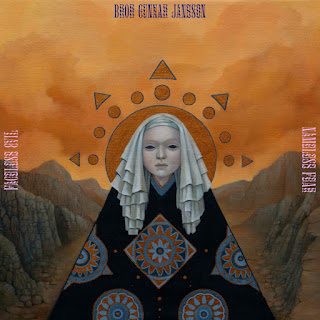 On the previous Bror Gunnar Jansson album the boogie garage-blues was different mostly thanks to the inclusion of some Earth inspired "drone rock" elements. On the new album  Faceless Evil, Nameless fear there's still an Earth flavour but mostly in one long song. This time the mood is more on the heavy blues side, starting with the first song with its riff that reminds a lot Pentagram. Maybe the album is a bit less surprising, but it's also more cohesive and it's nicely rocking. Again among the best and memorable rock albums of the year.