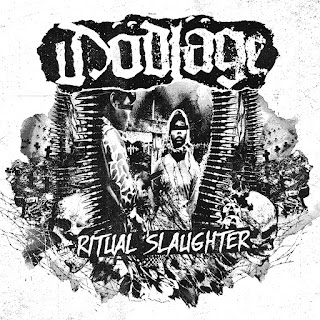 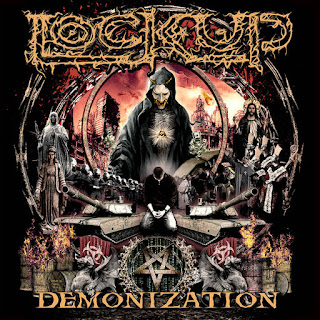 Fourth album from Lock Up (still with Shane Embury and Nick Barker) and a third singer. Kevin Sharp replace Tomas Lindberg (who did a good job on the two previous albums but is now too busy with At the Gates) and as expected his craziness and savagery as a singer fits the band very well. What doesn't change (with Embury and Barker of course) is that on Demonization Lock Up's death/grind is as brutal as usual. But it's a bit less relentless and makes way for some slower parts even if most of the time it's still very fast. Overall this is another really good and enjoyable album from Lock Up. 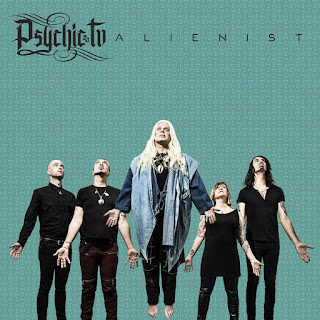 With this album called Alienist P-Orridge and Psychic TV bring us something that is not crazy experimentation but more a return to rock'n'roll roots, especially with the two covers "Jump into the fire" and "How does it feel" that are nicely groovy. The two originals are more in a psychedelic rock vein that reminds Psychic TV latest album "Snakes". But the covers and originals flows well together making an enjoyable album, with more diversity than "Snakes" and more cohesion than "Hell in invisible / Heaven is Here/E". The album is quite "easy listening" but Psychic TV still manage to do psychedelic rock without falling into the usual formula (yes psychedelic rock, a style that was at the start supposed to be dedicated to experimentating, turned, like punk, into something very standardised and predictable. sad but true). Alienist is a really good album, my favourite among recent Psychic TV albums. 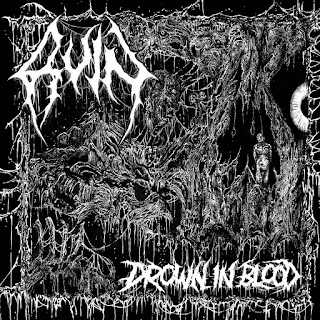 Ruin is supposed to have its roots back in 1991, reformed in 2015 and Drown in Blood is their first album and a very good one. Old school US death metal that is more about the gloomy, atmosphere, the putrid feel, the raw heaviness and the groove (they are especially good for the groove) than about being fast or technical. There's some blast and d d-beat but most of the time it is quite slow. A crawling monster of a death metal album. The songwriting is great and a few songs are really "cool" (well, in their gruesome way) and memorable (try not to headbang during "Nightmares in a void"!). The "nicely disgusting" vocals are also a good point. Highly Recommended! I'm pretty sure this one will end as one of my favourite death-metal album of the year.
à 10:34 Aucun commentaire:

The Drip - The Haunting Fear of Inevitability (2016) 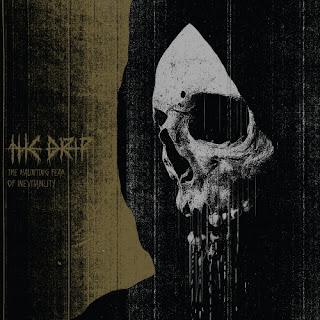 The Haunting Fear of Inevitability, released in the end of 2016 on Relapse records by The Drip is a modern grind album that fits easily in today's state of extreme metal. Grind with a clear and powerfull sound, with a swedish death metal flavour and executed in an modern metallic hardcore style. It often sounds a bit like Rotten Sound covering Hatebreed. With some guitar leads adding a slight bit of melody here and there. It's a bit too "modern hardcore metal" for me but still this is very efficiently done and with enough intensity to make it an enjoyable listen, even for an "old school kind of guy" like me. Good stuff.

Restive Plaggona - Committed to the Truth (2017) 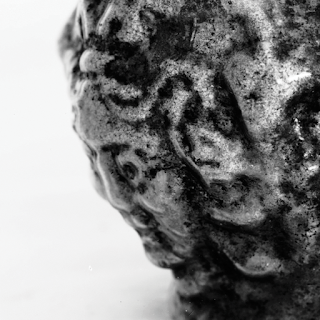 Committed to the Truth is a new tape released by Restive Plaggona (Dimitris Doukas) with the Italian label Yerevan Tapes. This is seven tracks of electro music ranging from rythmic noise to industrial techno or dark ambient. Mostly quiet with an ominous pulse (slow or mid-tempo), some synth melodies here and there, a bit of noise, discreet beats, through the diversity of the tracks it manages well to develop a dark, mysterious and haunted atmosphere. Each tracks has it's own character and bring something interesting to the listening experience. Good stuff!