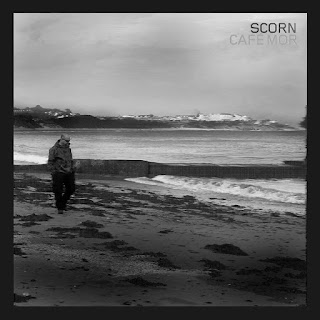 Nearly ten years after the last Scorn album Mick Harris is back with Café Mor (again with Ohm Resistance) and he does not disappoint. Still best dealer of dark industrial dub/bass music (could say dubstep, but he started doing it long before the name dubstep existed, and I never heard a dubstep release as good as a Scorn one anyway). Café Mor sounds like a continuation of his previous releases, but with subtle variations, keeping it interesting. Recommended. 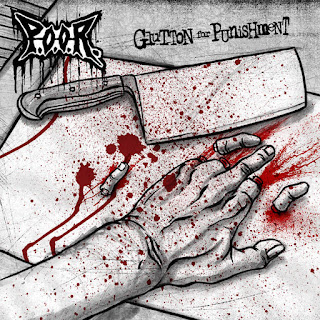 This second album from P.O.O.R (a band with members of Fatalist, Dirty Dead, Decrypt, Stump, Burning at the Stake, Handsome Prick)  should have been released in 2015, but because of a computer crash it's only released now, seven year after their really good debut album Extinction of Trust. It's a good thing that Glutton for Punishment finally is released because it's a very enjoyable slice of old school grind/death, with a lot of groove. Definitely confirming the good impression made by the first album. 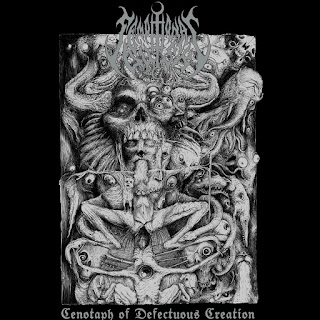 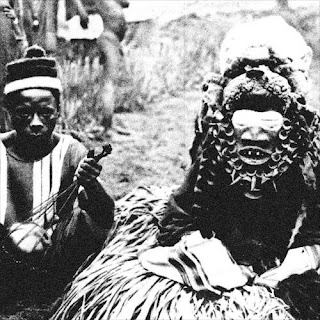 We're slowing down and get smooth with this one. Babe Roots self titled album is some excellent dub techno with invited vocalists, closer to digital dub than to techno, with also a trip-hop feel. If you'd like a dub album lighter (not on the dark/industrial side of dub) than the new Scorn or Zonal this one's really a good pick. 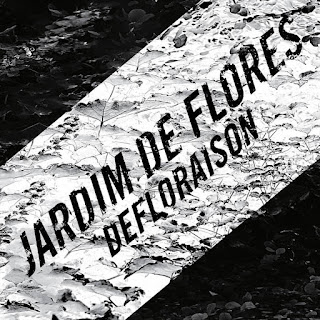 Jardim de Flores is a new Corean grind trio led by drummer Hoonee Jo (Mortalized, Takafumi Matsubara, Banran), they just released a 7'' called Défloraison (some tracks also have French names but it's not sung in french) with Nerve Altar. It's an awesome super fast and relentless grind assault. Anyone into grind should love it (and soon be waiting for an album). I do. 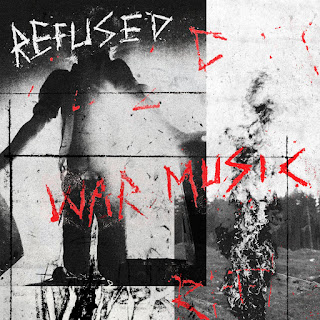 While the first Refused album since they reunited left me cold, I really enjoy this one. This time with War Music they tried something very different : a very basic hardcore album, simple but with their superb melodic feel and excellent songwriting and the capacity of Lyxzén to be as good screaming or singing. Also the album is like a strong shot of energy, reminding a bit the first Rage Against The Machine album in that regard (but Dennis Lyxzén lyrics are more subtle and more interesting).
Obviously not their more ambitious album, but a very well crafted in its simplicity and enjoyable one. 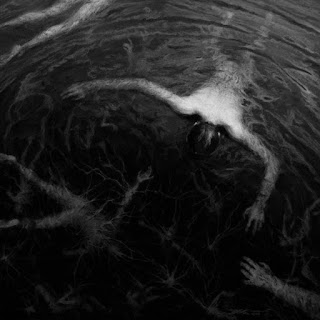 The Approaching Roar is the third album from Spanish band Altarage. They say they play "Chaotic Death Metal / Blasting Doom" and that's not a bad description. Maybe it's a bit less chaotic and a bit more doom (although it's definitely more death metal than doom, but of a super heavy kind that likes slow crushing in between blast beats parts) than their previous albums. Anyhow, it evokes a huge crawling lovecraftian horror, it's super massive heavy and menacing sounding. Really good stuff. 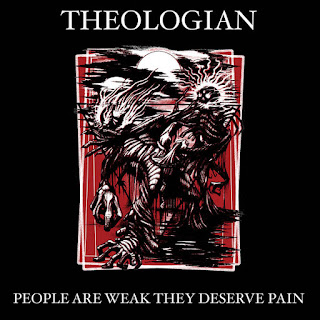 New album from Theologian, People Are Weak They Deserve Pain, have shorter tracks (five in less than half an hour) but the music isn't "lighter". Excellent industrial/ dark ambient  noise. Better in my opinion than Reconcile, the previous one, and as good as Forced Utopia which I really liked. 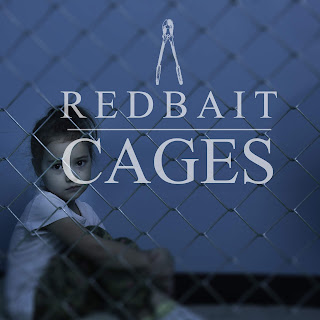 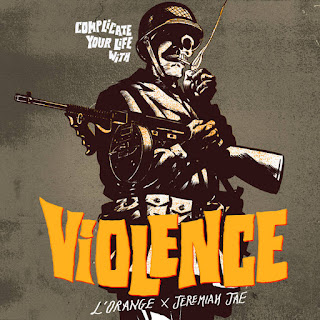 Complicate Your Life With Violence, this second collaboration of producer L'Orange and MC Jeremiah Jae, is a masterpiece of hip-hop done the old school way (samples, boom bap beats and even cuts) and with a vocalist that really adds to the story, yes a story, this album is not just an addition of good tracks it also really succeeds in immersing you in a thick atmosphere of vintage detective noir movies & old war movies, with a fine selection of samples from old movies and old blues, boogie and soul tunes. Their first collaboration was good, this time they did even better I think. Two guys at the top of their game for an addictive and very special album. I love this album and recommend it highly. 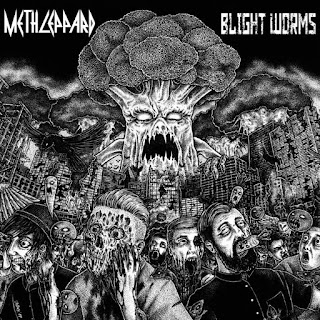 Really good old school grindcore split (roughly six minutes for each sides) released by Psychocontrol Records with two Australian bands. I follow Meth Leppard since their demo in 2015 and this time again they don't disappoint. Blight Worms is another new grind band that I'm discovering with this release and they are good as well. It's this kind of split that are keeping this grind tradition much alive and exciting. Good stuff.