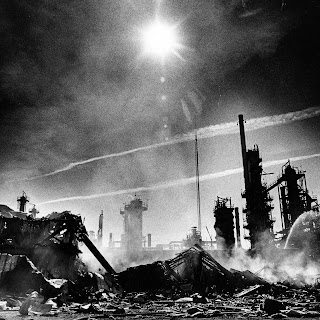 The legendary Dropdead are back with a new, self titled again, album (28 songs in about the same number of minutes). As expected they deliver old school and super fast hardcore/d-beat/fastcore/PV with anarcho-punk lyrics. And they still are masters at doing that. 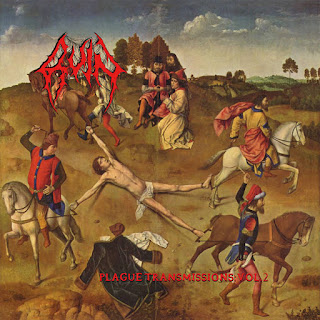 Ruin are very prolific, but this compilation, Plague Transmission Vol. 2  (with songs from their various recent splits & Eps), is another proof that they manage very well to deliver both quantity and quality. If you like your death metal old school and filthy you won't find better than Ruin. Filthy, and with also a vicious stomping groove. I'd say they are one of the most underrated actual death metal bands. Recommended stuff. 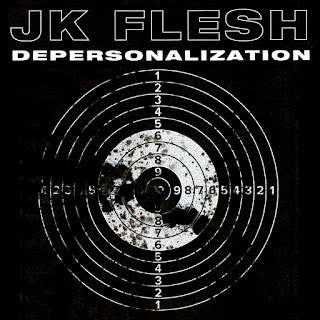 I usually don't review collections of old songs. But : 1) This is JK Flesh, the industrial techno project of JK Broadrick (and released by Hospital Productions) 2 / This is so good. So Depersonalization is eight tracks of the finest industrial techno with a bass music touch.
Recommended stuff. 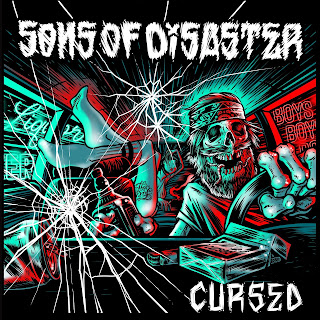 Cursed is the second album from Belgian rockers Sons of Disaster. It's a very fine piece of speed rock / hard rock that could remind Peter Pan Speedrock or Zeke as well as Nashville Pussy, with also a touch of old school hardcore in an Agnostic Front vein. Well done and enjoyable, a very cool album. 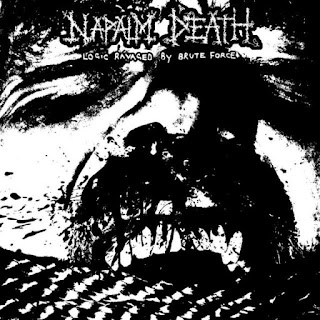 I usually don't review singles, but I have two good reason to do an exception here : 1) it's Napalm Death 2) it's so good. The first eponymous song on Logic Ravaged By Brute Force has a Killing Joke style post-punk feel and is just totally awesome. second one, White Kross is a Sonic Youth covers, that has a somewhat noise rock meets Godflesh feel and is strong as well. We already knew they could also be  exellent without blast-beats and speed, but this 7'' / digital EP is another very convincing demonstration of that. 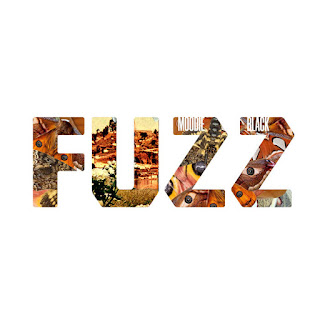 Moodie Black are not the first to do the "noise rap" thing, a band like Dälek did it long before, but maybe we could say they're leading a "second wave noise rap". Their fourth album, released in march, Fuzz, is totally awesome. Some tracks like the amazing opener Selfieness are instant classics, but the album overall is a grower and shows more subtleties after each listen. Smart & visceral lyrics, good mcing, sometimes close to spoken words, but good as well for some faster trap like rhyming, over excellent prods that, through samples, noise and guitar, could evoke as well NIN, shoegaze or some power electronics. Could very well stay as most memorable hip-hop album for 2020. 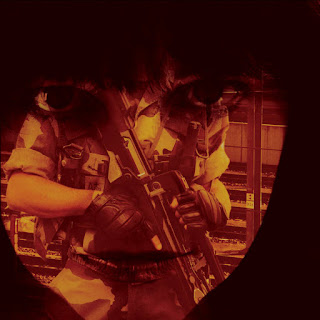 New episode of my "I should have reviewed this one earlier" season : Brutal Measures from Lydia Lunch and Weasel Walter, released in 2016. They present it as a "longform composition featuring tense spoken word versus manic free drumming outbursts, glued together by cryptic electronics" and that's a spot on description. I'll just add that it's works really well, for an intense result. Strong stuff (The rest of their respective discography is also recommended, If you don't know them already you should take some time to discover what they did before, and you can start with my review of Weasel Walter's Flying Luttenhacher's Shattered Dimension ). 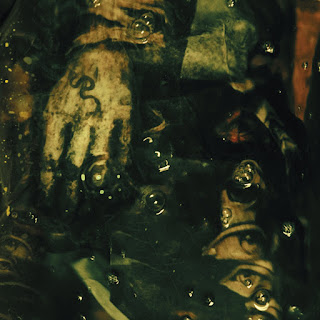 The cover art of Mestarin Kynsi gives quite a good idea of the music, as usual with Oranssi Pazuzu it's some very weird black metal, in which now only the singing, as usual in Finnish, is still strictly speaking black metal. This fifth album follow where Värähtelijä left and goes further but also in a different direction, the good thing is that there's no more boring ambient/drone parts, and instead there's more psychedelic/progressive kraut/King Crimson elements, maybe also a bit more melodies, still mostly in a dark and dissonant vein. But more importantly the songs are more dynamic and inspired in my opinion. I think with Mestarin Kynsi they again managed to craft another masterpiece. Highly recommended! 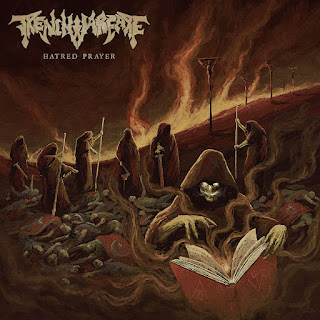 First album for Trench Warfare from Texas, and an excellent one. Hatred Prayer is old school death metal with also a strong touch of  bestial/war metal and, like it should, their music sounds really nasty. Fast, straight to the point, crushing with evil brutality. Vibrant and very well-crafted old school extreme metal. 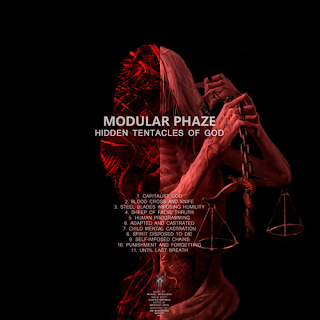 Modular Phaze is a very prolific Colombian techno producer (and founder of the Mephyst label). He already has like four releases this year but I'm choosing to review last year's album Hidden Tentacles of God, probably my favourite of his recent releases. Not his most subtle stuff, but I like the power it evokes. Heavy techno beats and fast snares, a bit of synth for the atmosphere and it makes a high quality hard hitting rave style dark techno. 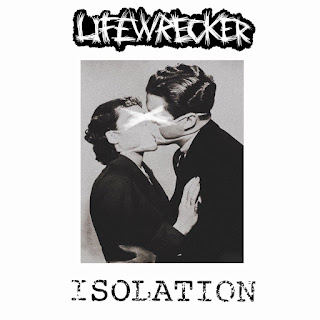 Lifewrecker is a new band from London (Isolation is their third release already, but the first one was in 2018). They play some d-beat/grind/noise and they do it very well. They rely more on memorable riffs and on mid-tempo groove than on relentless speed, and why not when it works well like on this release. The now usual power electronics / noise parts are quite good as well. Good stuff, I'll be following them.