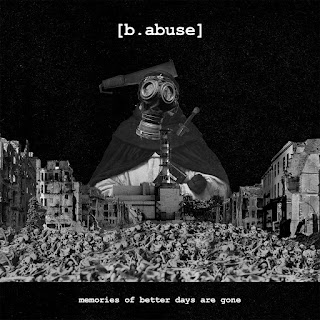 Memories of Better Days are Gone, released by rising label Wooaargh is the third album of German trio b.abuse. And it's an excellent one (they went further away from post-hardcore clichés and get more personnal, successfully), some surprising and nicely crafted "progressive crust" (or post-crust) that could remind Neurosis, Amebix or The Ex (spoken words ans sax included). Every songs brings surprises and different elements, while maintaining a cohesive atmosphere throughout the album. Recommended stuff ! 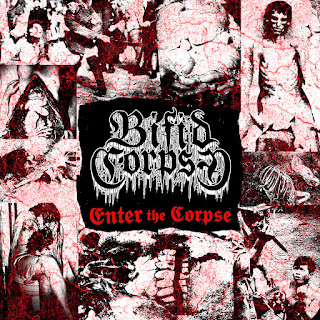 Enter the Corpse is the second release from Chicagoan Bifid Corpse. After a power electronics sounding first track what you get is some gross old school deathgrind, with a very raw production that fits very well the good riffing and blast/d-beats. An everyday listen for me since I discovered it a few days ago. This is really good stuff. Enjoy! 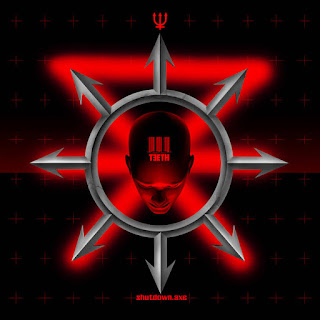 Like industrial metal often is 3Teeth is often bordering bad taste (but the music still less than this awfull cover art...), but still it's enjoyable, hard and catchy/danceable at the same time. <shutdown​.​exe> the second 3Teeth album, released one year ago, reminds NIN, Skinny Puppy, Ministry and even Marilyn Manson, they don't really bring something new, but they do it well. Listening to it bring me a kind of "guilty pleasure" feel but it's cool anyway, and maybe also because of that, and why not after all... 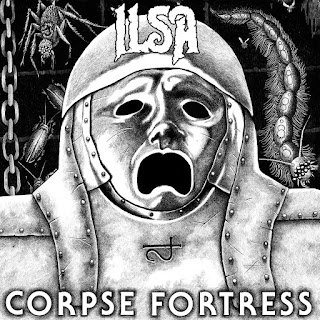 I don't know if Ilsa's previous four albums (a few splits as well) were less good or if there was something wrong with me when I listened to it but I felt it was ok but not much more than that. But their new one, Corpse Fortress, grabbed my attention and won me at first listen. Their old school death metal reminds both Bolt Thrower and swedeath (with some death-doom elements as well), with good riffing but their strongest force is the heavy groove. Yes, the groove, what sets apart the best death metal band is not the brutality or the technique, it's the groove. And Corpse Fortress is full of this groove. Really good stuff, highly recommended! 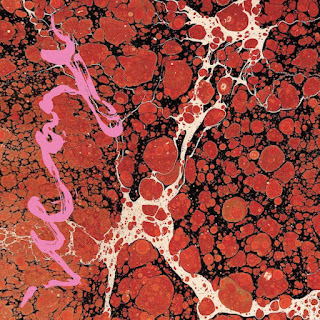 I admit being late for getting familliar with Iceage, probably because for me the hype deserved them. And I first listened to Marching Church the solo project of their singer/guitarist (also excellent in a quite similar vein) But sometimes the hype is right... So "Beyondless" is the first Icage album I review, their fourth one. The Danish band is indeed one of the very best recent band in the post-punk/noise rock scene. In terms of influence The Cure first and then Sonic Youth comes to my mind. But where they do better than the countless bands trying to "sound like" is that they bring some inventivity and diversity (including a clever and subtle use of sax), and have their own specific sound, not only reminding other bands. And they have a truly excellent singer that really brings character to the music. Excellent stuff. 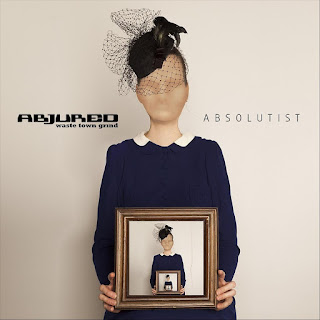 "Absolutist" is the second album from the German grind quartet Abjured. Like the first one seven years ago it's very influenced by Nasum, modern grind/punk, super intense and fast, more thight and with a "bigger" sound than traditionnal grind. Ok, "Absolutist" is maybe slightly less Nasum like. Slightly. Anyway I also like this kind of grind and they are good at doing it, and they are not really less original than countless hardcore bands, or doomsters recycling Black Sab' ad nauseam, etc. so why not? Absolutist is a well written and executed modern grind album and I enjoy it.