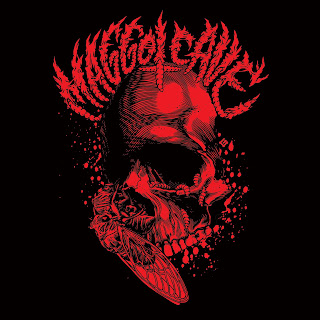 This EP is the first release of the grinders from Sydney Maggot Cave (with at least one guy who was in the excellent Thedowngoing). This is old school raw grindcore, of a kind I really like and it's really done well, simple but hitting all the targets. So what's not to like? I'm sure most grinders will enjoy it as much as I do. Also I'm pleased to discover this new band and will follow closely what they will release next. 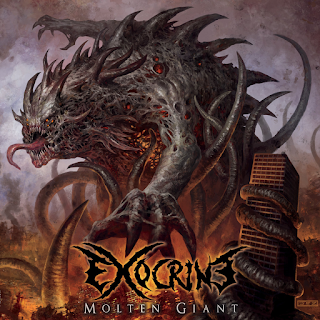 All the praises this album is receiving is deserved. Molten Giant, released with Unique Leader records is the third, and best album of the French Exocrine. This is high quality brutal and technical death metal, somewhere between Morbid Angel and Obscura. Not only good riffing and grooves and nice leads but also well-written memorable songs that are catchy yet brutal. Really good stuff. 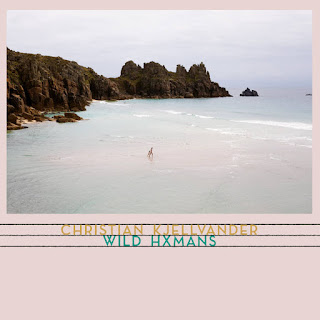 This one's quite different from what I usually review on Blasting Days, but so far it's the album that made the strongest impression on me this year. Really. Christian Kjellvander (from Sweden) already impressed me a lot, that was with his first album "Songs from a Two-Room Chapel" back in 2002, but then I was disapointed by his second album (although it's good, but after the tour de force of the first I had big expectations), and I lost track of him. Until I listened to his new album "Wild Hxmans", and whoah! it's maybe even better than "Songs from a Two-Room Chapel", excellent folk-americana with a great voice and vibrant atmospheres. But with "Wild Hxmans" it feels like the music is given another dimension with some brilliant parts that are exploring new directions that could maybe be described as embracing some post-rock/free-rock elements. The music gets heavier, trippier, stronger. (from my exploration on Bandcamp of what he released between his second and latest album those elements are starting to appear on the previous album "A Village : Natural Lights".)
Wild Hxmans is an awesome album and I can't recommend it too much. 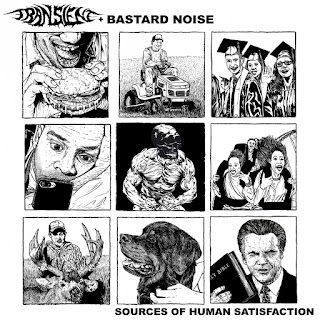 The idea of combining grind and noise is sure a good idea, but too often the result isn't so spectacular and sometimes it sounds a bit like a gimmick, not adding much. But no worry with Sources of Human Satisfaction, the album resulting of the collaboration between Portland's Transient and Bastard Noise (Eric Wood). I knew both before this album and thought they were ok, but not so exciting. So I expected something ok but not special and I've been really taken off guard. Yes this album is especially good, with twists and turns and all the intensity needed, the collaboration worked excellently. I enjoy it a lot and sure will go back to it many times. Among the best grind / hardcore albums this year. 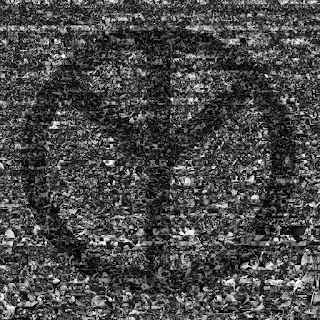 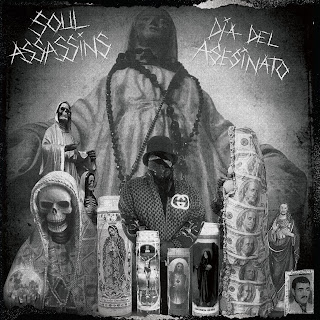 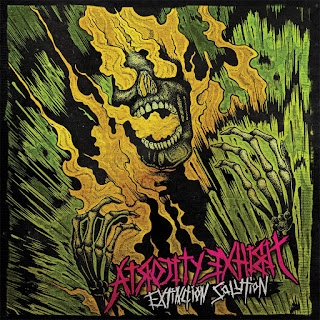 The Atrocity Exhibit is a band from UK activz since 2010 with a few releases and here's the new one called Exctinction Solution (released with Wooaaaargh). What they do is old school grind-punk with an obvious Napalm Death influence (which is ansolutely ok, and moreso when the result is so good!). Adequate production (clear enough, grind enough), good drumming, riffing and songwriting makes really good and catchy grind songs and an excellent album that will very probably take place among my best of grind releases for 2018. Fellow grind lovers, I warmly recommend it to you! 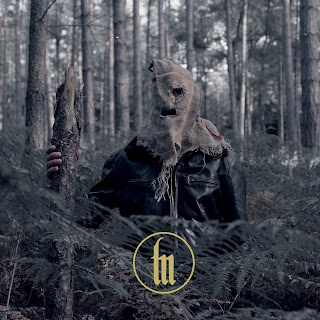 La Muerte is a Belgian band that released five albums from 1983 to 1994 and are now back with a new, self titled, new album. Honestly I  didn't knew about their old albums but I will definitley try to find it since the new one is so awesome. Their music is an excellent kind of le'ts say "heavy garage noise rock", sounding like somewhere between Entombed, The Stooges and Unsane. sounds good eh? well, they do it even better than what you can expect. Super strong and addictive stuff. 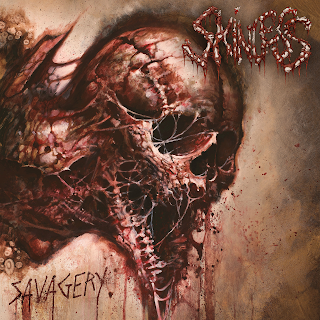 Savagery is the sixth album from skinless, still on Relapse. Their death metal is not one where what matters is the atmosphere, no, they're all about the brutality, the heaviness and the groove and their excellent songwriting skills is at it best for combining both, brutality and groove, to make memorable songs. Savage indeed... and the way I like it. Excellent album.