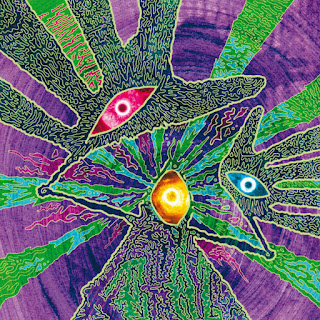 Atomikylä is a side project of Oranssi Pazuzu singer associated with members of Dark Buddha Rising. No big surprise we find in Atomikylä elements from the music of these bands. We could describe their second album Keräily, released this year on Svart records, as some "dark psychedelic krautdoom" somewhere between the bands already mentionned and bands like Nibiru or Aluk Todolo. Keräily is three songs for 34 minutes.
The first song is the longest one, with the most aggressive part between some more trippy intro and outro. The second one is the more psychedelic, with some sax being a nice addition, the third song is more like the first but condensed, with the psychedelic elements more restrained in a normal rock song structure. I'm left with a slight feeling that they can do best, but it's already an interesting and enjoyable listen, a lot better than most of the millions doom bands existing nowadays. 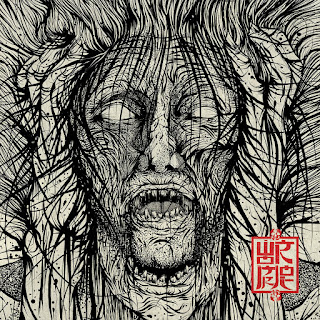 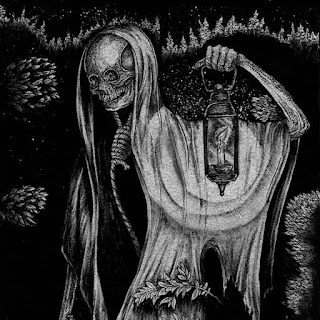 Burning Tree is the free jazz project of a norwegian duo (Dag Erik Knedal Andersen on drums and Dag Stiberg on sax) that is also doing noise music. And Burning Tree is sure not "lounge" or "cool" jazz, but neither too minimalistic nor too complex. North Hex was released last year on Utech records again after the excellent "Lammergyer" in 2013. The sax is providing a kind of melody, a screaming and relentless one but a kind of melodic line anyway. The drumming is also on the relentlessly intense side of free jazz. North Hex is just one track but a nearly ten minute one and is a very good piece of the wildest and fastest free jazz you can have. 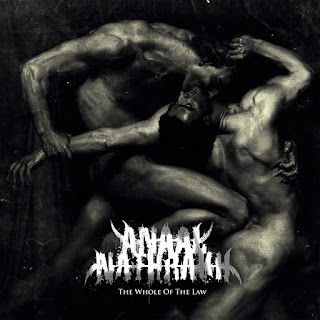 The Whole Of The Law is the new Anaal Nathrakh album and they keep on being one of the best extreme metal band, no other is able like them to have this level of over the top agression and be so "catchy" at the same time. their mix of black / grind beats, techno / breakcore beats (yes!) black metal and heavy metal (clean singing included) is one few can dare trying but they master it to perfection and once again it's a great success, in the vein of previous album Desiderata. 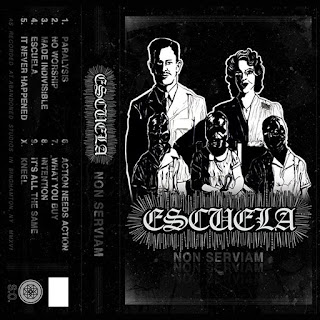 Escuela is a trio from Ithaca (New York), Non Serviam is their first album, on cassette and digital download. What they play is some powerviolence / grind that manages to sound more intense than most Pv / Grind bands. Maybe the trio formula, with the absence of bass guitar helps the music sound very simple and focused and helps the good riffs, vocals and drumming enter your mind (does not sound messy like powerviolence does sometimes). Anyway this is very cool stuff. An excellent debut album. 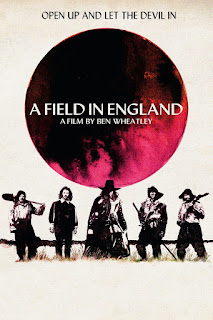 A Field In England is a very special movie. Ben wheatley its director is known for doing things different but this one is really unique. The name of the movie couln't be more accurate, all is happening in a field, in England. The action take space during the English Civil war in the 17th century, a few deserters meets in a field. Two characters are alchemist / astrologe and one is trying to use the other to find a treasure in the field. But there's also mushrooms in that fields. Magic, mystery, mushrooms, no wonder things derive into deep psychedelia... helped by the folk / post-rock / psych score. We could say the movie sit in an unexpected place between Monthy Pythons (the funny / absurd diologues) and Aguirre. Very surprising and cool stuff. I really recommend you try it.

Also recommended is the music by Teeth of the Sea inspired by the movie : https://rocketrecordings.bandcamp.com/album/a-field-in-england-re-imagined. 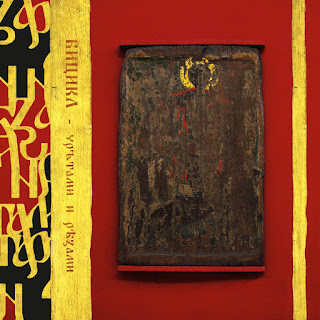 I love finding obscure music, by complete chance (here on my Bandcamp wanderings), and that it's very special, mysterious, and great. The Chertamy y Ryazamy tape by Bicikl is such music. It's been released this summer by Iowa's noise label The Centipede Farm. Here is their description of the project :


"BICIKL was formed in Belgrade, Serbia in 2008 by two Lithuanian immigrants, Harbor Tévas and Vyrash Karunos, with the idea to promote old Lithuanian pagan values. They would invite anybody willing to play to join them at their weekly gatherings in Vyrash's living room, where they would spend time together, talk, drink tea or rakija, watch films and improvise music. Every rite was recorded, adding up to over 100 hours of original material.

The collective soon grew to include more than 10 members, and in 2009 they started performing live rites that were a mixture of primitive theater, pagan rituals and modern eclectic music played on traditional ethnic instruments in combination with modern electronic gadgets. The line-up changed from performance to performance, based on principles of free improvisation where everyone is welcome and no one is necessary."

The main element of the is traditionnal Balkan music, but witht he electronic / noise elements and the improvisationnal form it evokes noise / krautrock / free-jazz as well. Surprising and great music with a strong atmosphere.
Highly recommended!