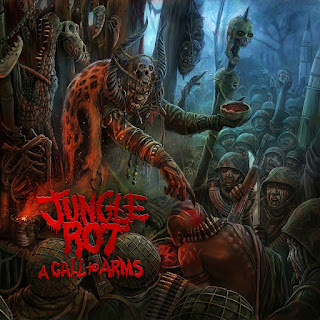 A Call to Arms is released by Unique Leader Records, but this is definitely an old-school album, the eleventh from Jungle Rot, an American band formed in 1992. They play a death/thrash/hardcore crossover (no, not metalcore nor deathcore, more like Obituary meets Agnostic Front and Kreator). It's all about raw mid-tempo grooves. Done with a lifelong mastery. A solid, enjoyable, and again, old-school album.