last month I posted a review of Tombs new and excellent album called Savage gold (it's HERE). I now have the pleasure to post what Mike Hill, guitarist, vocalist and fouding member of Tombs answered to the questions I sent him by mail (thanks to Relapse PR man Franck Liempd) about his band and the new album.
find it just below (my questions in bold, answers by Mike Hill)  :

-Tombs plays a very personnal music, had you a specific idea about how it would sound when the band was formed?

We pretty much just started writing music. The only idea was that we wanted to do something free and intense.

-On your previous records, influences from different music styles were already present but I think the death / black metal meets Killing joke thing is pushed further in Savage gold. do you think so? what was your project for this album?

The concept for the new album was to go a little more aggressive, a little more powerful but still retain the melodic characteristic from our earlier records.

-what is the writing process for Tombs?

I spend a lot of time on my own, writing the main song ideas. I take the raw materials to the practuce space and we collectively hammer out the arrangements. That's where everyone adds their parts.  I draw the lyrics from notebooks and journals.

-Eric Rutan is more famous for his death metal works so it's it's a bit surprising maybe to hear him produced Tombs which is more subtle than the music he usually deals with. the result is great I think, but did you saw it as a kind of challenge for the band and for him?

How do you feel about Rutan working with the Mountain Goats? He recorded one of their more recent albums. Erik is a great producer regardless of what style of music he works in. The power and clarity of his past work is what I responded to. I saw where the band needed improvement in our recorded output and Rutan was the logical choice for us. I've been a fan of his work for decades, as a musician and as well asn a producer.

-which song on Savage gold is your favourite, and why?

Deathtripper. It's a song that indicates the future of where the band may be going.

The goal of the live show is to demonstrate in a more personal setting the emotion captured on the recording in it;s most raw, direct form.

-which new (or not so new) bands from New York would you recommend?

I think underground music is evolving well on its own

-What is planned for Tombs in the coming months? do you already have ideas or songs for the next album?

The rest of the year is dedicated to US touring. We have some regional dates and a tour with Pallbearer coming up. I always have a lot of song ideas kicking around. 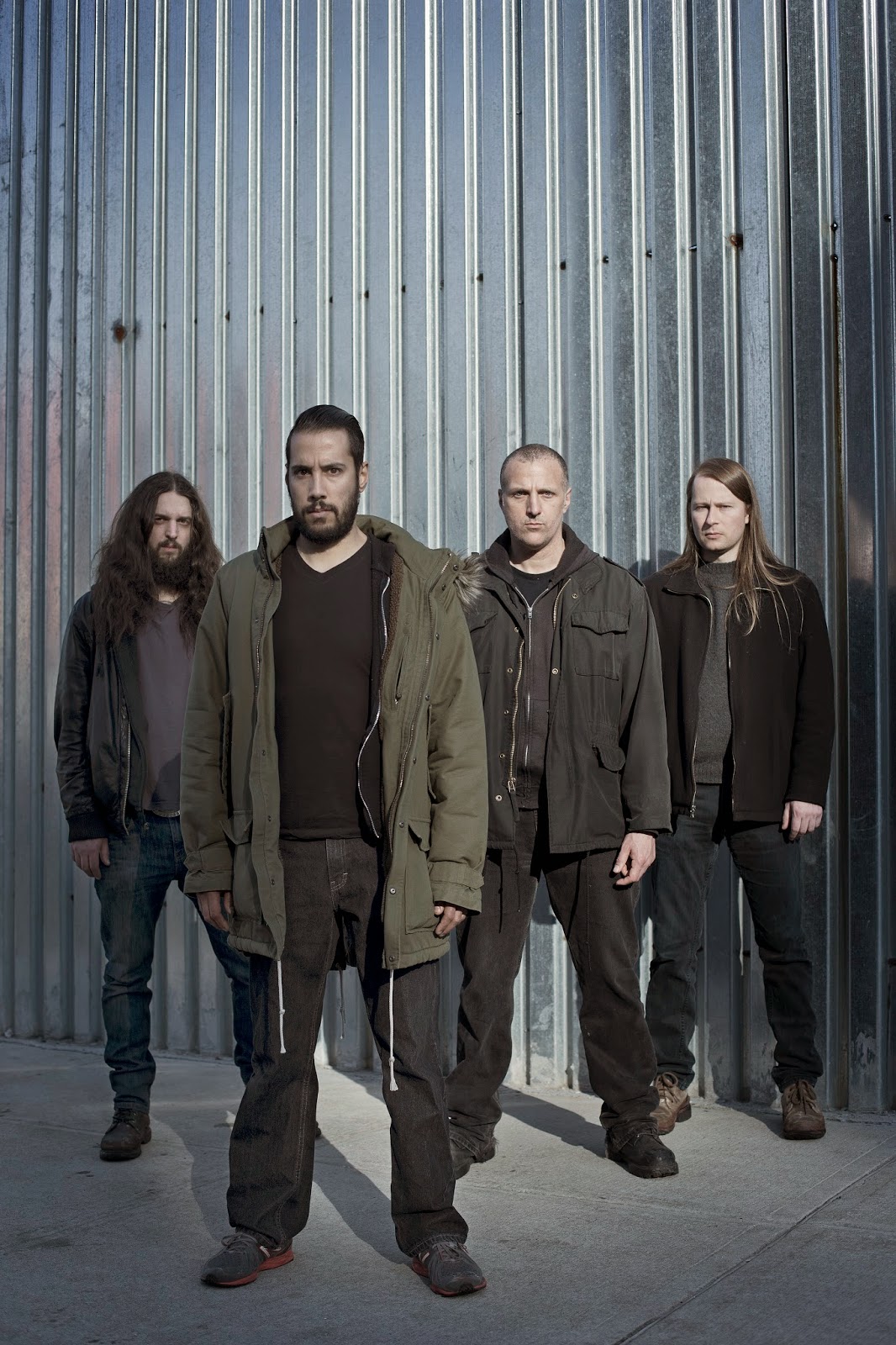