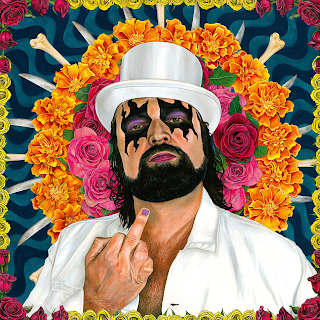 Egomania is the first album from Hank von Hell who used to be Turbonegro's singer as Hank von Helvete (Helvete is Norwegian for Hell). It's fun and feel good hard rock in pure Turbonegro style, no surprise for sure, but who would complain since it's so good?
A convincing comme back!
Turbonegro with Hank von Helvete was good of course but now  in 2018 we have a good album from Turbonegro ("Rock'n'roll machine") and a good Hank von Hell album, "Egomania", so everything is good and well. Double fun double rock'n'roll!